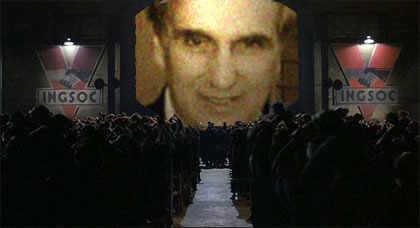 Atlantic Yards Report: Yesterday, I just got a rather Orwellian mailing from the joint campaign of Williamson and Reichbach, which not only pledged they’d work on education, parks, transportation, and environment–as if they’re Council candidates, work outside the scope of the unpaid job–but also claimed:

For years the 52nd Assembly District has suffered because its District Leaders were more interested in old party politics than new ideas. Hope Reichbach and Stephen Williamson are about energy, passion, independence, and fresh progressive thinking.Really?

(Well, here’s Reichbach’s response to Simon’s blog post, criticizing the incumbent for ignoring some issues and claiming Simon was, until recently, “pro-Atlantic Yards.” As a commenter states, that’s false. Simon, as a BrooklynSpeaks stalwart, was in the “mend it don’t end it” camp, which isn’t support.)