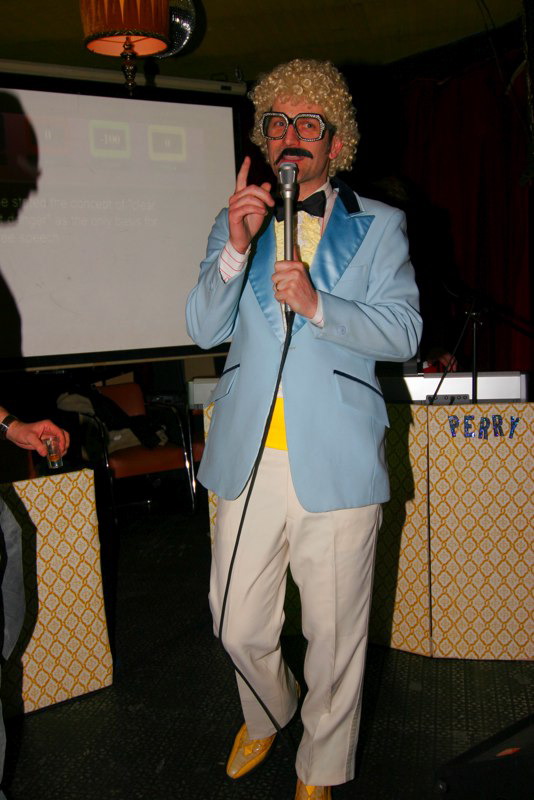 Brooklyn's game show kingpin, Dick Swizzle, announced at Wednesday's Match Game 08 at Magnetic Field that the bar will be closing at the end of March.

Swizzle also announced that the final Dick Swizzle Sudden Death Game Show at MF on Friday March 7 will be a spectacular blow out featuring every bonus round challenge ever created including the always popular Donkey Kong.

The folks at Magnetic Field also promise that the bar will go out with a bang with a few big shows in March. Check their website for updates.

Look for Swizzle to set up his game show shop elsewhere later this year.

We'd like to thank the folks at Magnetic Field for being great friends to BHB and for being outstanding neighbors.

What’s Up at 81 Columbia Heights?
Heights Couple’s “Earnest” Gets Raves