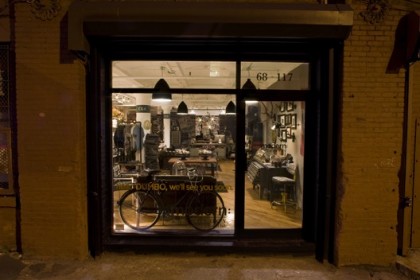 There was a time, friends, when the phrase “Man Cave” would have conjured up something entirely different from a guy’s rumpus room of solitude. We can thank the death of disco and DIY Network for that.

Now the design masterminds behind that show, John Marsala and  Becka Citron, have opened Modern Anthology in DUMBO featuring everything a Man Cave  needs.

Racked: Take the tufted, antique chesterfield in chocolate brown, which will run you about $3000. It’s gonna end up in a man cave, just more of a sophisticated, design-minded, book-lined, old-fashioned-cocktail-and-taxidermy man cave. Think Andy Spade channeling John Jacob Astor rather than Snoop Dogg channeling his bong.