National Cold Storage: Must Have Been a Wonder When it Was Brand New 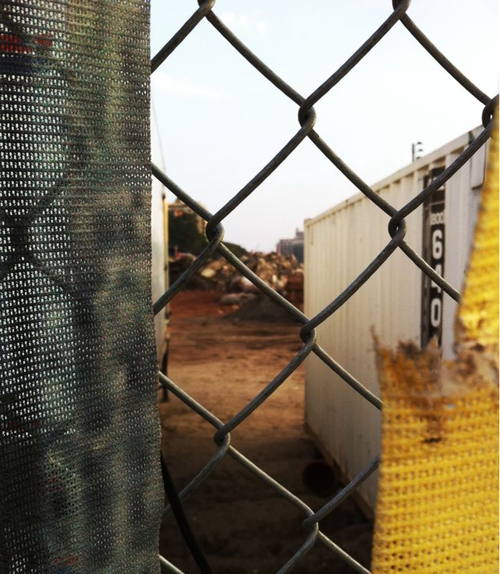 Don’t know if the recently demolished National Cold Storage building on Furman Street is worthy of the preservationist fervor represented  by the quote from Elvis Costello’s Hoover Factory in our headline, but nevertheless it’s gone. Rejoice in its rebirth as benches and pavement stones in the outstanding new Brooklyn Bridge Park.

As for inspiring artists, as London’s art deco wonder Hoover Factory did, the Cold Storage building’s literary legacy was written by Harvey Shapiro in response to JFK’s assassination.  Since Mr. Junkersfeld’s agent wouldn’t allow him to deliver the poem on video, you’ll have to settle for this guy: