Cell Phone Service and Brooklyn Heights: Not a Love Story 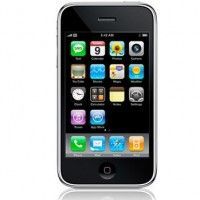 Making a cell phone call from my apartment on Pierrepont Street goes like this:

1: Look at phone to see how many bars I have

2: If three or more bars are present, dial phone

3: If not, wait for the “No Service” indicator to vanish, then dial

4: Wait for person on other end to answer

5: Warn this person that the call could be disconnected with very little notice at any given moment

7: Move to another room in my apartment.

9: Redial. Call stays active long enough for friend/parent/relative to threaten termination of our relationship due to faulty cell phone service

11: Send text message to friend/parent/relative begging for forgiveness, hope the relationship will be restored when AT&T steps it up, or when I finally cave and get a landline

After nine months living in Brooklyn Heights, I’ve just about reached my breaking point with the awful cell phone service in a neighborhood that I adore in almost every other way. My husband and I are both AT&T customers, and have difficulty on a daily basis making calls not just from our apartment, but on the Promenade, inside the CVS on Henry Street, and from many other locations in the area. This would not be so frustrating if our monthly cell phone bill was not $145.00. But it is.

Back in December, I approached an innocent salesman with my rage at the AT&T store on Montague Street, and was met with a sigh. The bad service, he claimed, was the result of Brooklyn Heights being a designated historic district. As such, cell phone towers can’t be placed in close proximity, lest they de-historicalize the area. Or something. The bottom line is that he really had no explanation and didn’t care much for my plight, but suggested I call customer service.

A few days later, a nice but disinterested voice on the other end of the line told me AT&T was sorry for my woes, and offered me a $25 rebate for the month, which was a nice gesture, I guess, but it didn’t improve my cell phone service. It did pay for a meal at Siggy’s.

Over the last few months, I’ve watched Verizon users make and receive calls with ease from my couch, a common action that has become, for me, a source of great envy. After returning home from a recent trip to Peru, where my cell phone worked better at the top of Machu Picchu than it does in my own home, I decided it was time to call AT&T again and try to get some answers. Provided I had a signal.

The friendly public relations representative e-mailed me a very positive press release that focused on the “extra spectrum” AT&T has added throughout the city to enhance coverage, “usually resulting in better in-building experience.” The emphasis there would be on the word “usually.”

The press release, which went out at the end of June, also boasted of new layers of frequency known as “carriers” that have been added throughout Manhattan and “as needed” throughout the Bronx, Queens, and Brooklyn to “more efficiently manage available spectrum and increase 3G capacity.”

AT&T’s rep was reluctant to go on the record about anything until further investigating what might be hampering service at my particular address. One potential solution to the problem could be a MicroCell, a device that “acts like a mini cellular tower,” according to AT&T’s website, to extend the wireless network into locations with poor coverage.

While I sit and wait and pray for my phone to actually ring when AT&T calls back, I thought I’d throw this one out to the masses: What’s your nightmarish Brooklyn Heights cell phone experience? Have you done anything to fix it? Is AT&T the worst?