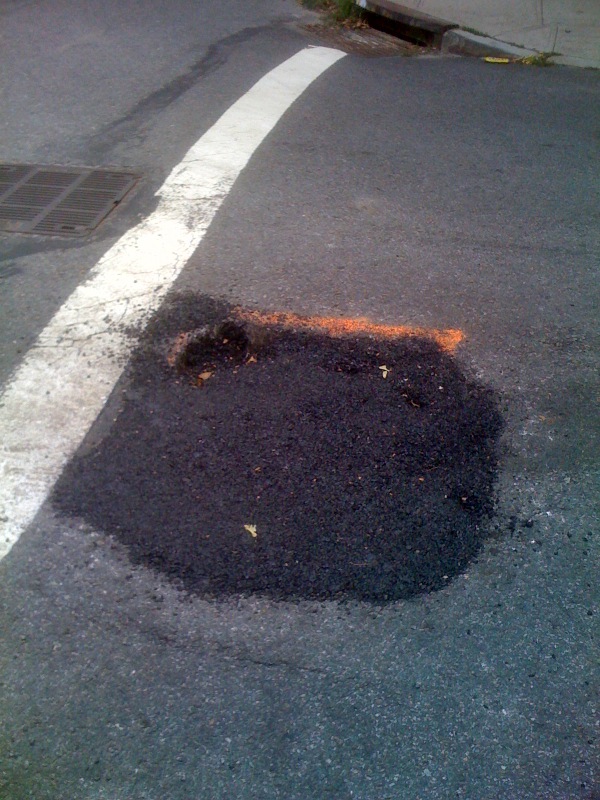 A few commenters mentioned today that the sinkhole at Orange and Hicks Streets has been plugged up. “MM” comments:

they did fix it last night, but temporarily is right. the asphalt is already sinking in, < 12 hours later. Guy told me they have no idea, and ’someone’ will be coming to understand why it is happening (under a street they repaved 2 years ago).

To the extent the sinkhole is in the middle of hicks, and slows down the cars driving too fast past plymouth and PS8, I’m all for it. If only it could be persuaded to move 10 feet east . . .