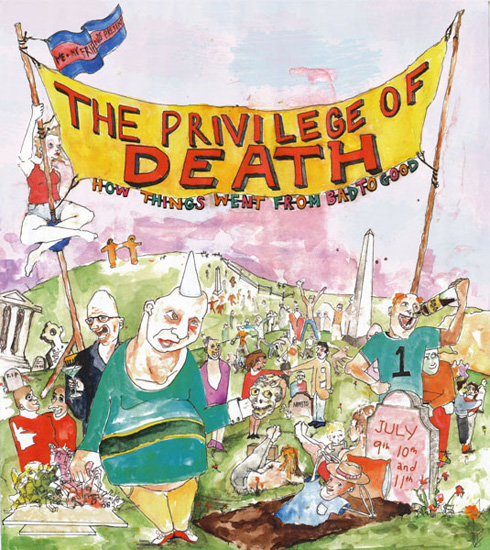 Daily Mail: Dobski, who is head of the film department at Saint Ann’s School, in Brooklyn Heights, and a former film professor at Columbia University, learned of the work because O’Rourke — one of her former students — put on an abbreviated version last summer in NYC, and Dobski attended it.

“I love original work,” Dobski said, “and this was so exciting,” adding that she immediately felt the play deserved a larger treatment.

Show tickets are available on line at www.privilegeofdeath.com, and at the door on the nights of performance, at $18 general admission, $15 students and seniors.

Dobski also said that to encourage downstaters to attend, bus transportation from the City for the Saturday evening performance and the Sunday matinee is also available on the play’s website.

For an extra $5 on the Sunday matinee tickets, there will also be a BBQ with the cast and crew out behind CMF’s Red Barn following the matinee.