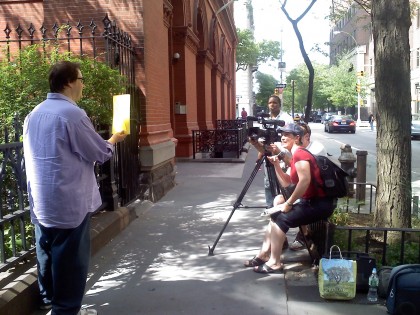 We spent the afternoon with the folks from Brooklyn Independent Television shooting a segment about Homer Fink’s Hidden Brooklyn Heights Walking Tour.  It’s for an upcoming show focused on our neighborhood scheduled to air in July.   BIT viewers will be wowed (ahem) by our tales of commies, hookers, crimes of passion and Yiddish radio.

Want the up close and live experience? The next Hidden Brooklyn Heights Walking Tour, presented by My Home Brooklyn will be on August 7. Tickets available now at Eventbrite.

BTW….it’s not the first time the BHB crew have been featured on the channel – Claude Scales and T.K. Small were interviewed back in 2008. 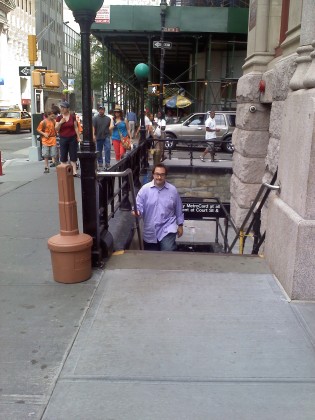 Happy 197, Henry Ward Beecher
No Ice Cream for You at Pier 1 Until August