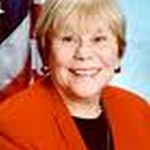 I recognize that New York State DOT’s rehabilitation of the Brooklyn Queens Expressway, which includes the stretch of the roadway between Atlantic Avenue and Sands Street, is long overdue. This portion of the roadway was not designed for the current volume of traffic and does not meet federal highway safety standards. However, I strongly oppose any realignment scenario that would result in the demolition or seizure of private property.

She said she is “confident that the New York State DOT can and will work with community stakeholders effectively to identify a reconstruction plan that will not endanger any home or business in the neighborhood.”