At 11 years old, Brooklyn Digital Foundry is a dinosaur by DUMBO standards. But this self-described “old guard” of the industry remains on the cutting edge of traditional and digital marketing, thanks to the passion of founders Brian Lemond and John Szot, both trained architects in their late 30s who met at the University of Texas. 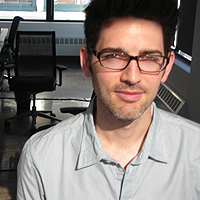 It’s a business that continues to grow, having recently spun off Brooklyn United, an arm of the company that focuses specifically on art and creative direction instead of concise brand marketing products, like websites, brochures, or business cards. Szot believes this has been the most efficient way of marrying broad ideas with the finer points of execution.

“We usually see the project from the beginning all the way to the end of production,” he said, noting that their wide variety of clientele—from artists and architects to education institutions and fashion houses—makes it worth walking through the door every morning. (The killer view of the Manhattan skyline probably doesn’t hurt either.)

Szot and Lemond first operated Brooklyn Digital Foundry out of an apartment on Henry and Atlantic Streets in Brooklyn Heights, and moved around a few times before settling in DUMBO two years ago. They have just eight people on staff, allowing them to remain extremely involved in all aspects of a project.

As for why their company and many other digital houses have been relatively immune to the downturn in the rest of the economy, Lemond cited the Foundry’s project-based business model, which he said makes them less vulnerable to market shifts.

Their workload, he said, includes projects “that are already funded, already focused, that have to be developed and completed regardless of the external economy.” Larger advertising houses tend to be account-based, and in bad financial times, accounts are often truncated or yanked altogether.

Neither Lemond nor Szot, both tall, slim, and baby-faced despite splashes of gray hair on their heads (Szot) and in their stubble (Lemond), would say that the Foundry’s small stature allows them to better know their business and be more successful. Instead, they chalked it up to flexibility and diversity of services.

“It’s a grab bag of things people might need,” Lemond said. “Everything from creating assets like photography and video direction and production, all the way to full website development and graphic design, both for traditional and new media.”

The Foundry’s range of capabilities is a bit of an anomaly in DUMBO, where companies often hone in tightly on one specific market or skill. But instead of looking at each other as competitors, the 60 or so digital companies that call DUMBO home are, it seems, each other’s biggest fans.

“Most of the people who run these businesses have grown up and matured through learning from other open, like-minded people,” said Lemond. “So I think there’s a respect for that as a position, and a way of engaging your professional peers.”

And nowhere is this more evident than in Lemond’s work, along with Mike Germano of Carrot Creative and Sam Lessin of drop.io, to re-brand DUMBO as the New York Digital District, a distinction that Lemond insists would promote unity among the companies already there while simultaneously drawing others to invest in the area. 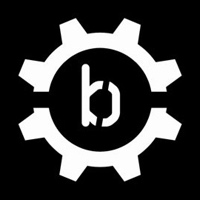 Though he was reluctant to offer advice to anyone thinking of starting a digital agency that could someday land in DUMBO, Lemond is uniquely positioned to do so, having created, along with Szot, a lucrative formula.

“In the early years of our business, we reinvented the wheel every time we turned around, rather than relying on the kind of institutional knowledge that’s out there,” he said after much deliberation.

Works for us. And, obviously, for Brooklyn Digital Foundry and Brooklyn United.