Rock Journo to Lay Down Some Mad Knowledge at St. Francis College Roundtable 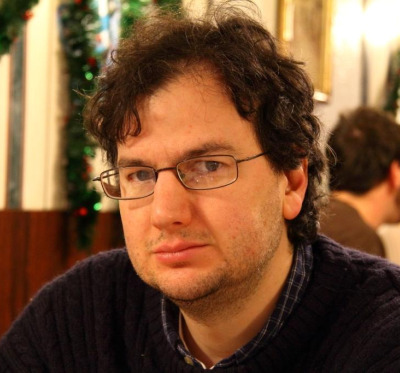 The St. Francis College Department of English welcomes rock music journalist Jon Wiederhorn to talk about his career interviewing and writing about the top rock musicians of the past 20 years on Monday, March 22 at 12:20pm in Room 6403 of the College.

Wiederhorn is currently a senior writer for Revolver magazine, the talent coordinator for AOL Noisecreep’s weekly podcast “Creep Show,” and a regular contributor to Guitar World, Inked and the MTV Music Blog. He is also working on his first book, Louder Than Hell: An Unflinching Oral History of Metal.

The roundtable discussion will focus on Wiederhorn’s years working for major magazines, newspapers and Web sites. He has interviewed numerous icons of the industry, including David Bowie, Justin Timberlake, Kiss, The Cure, Metallica, Jay-Z, Pink and Alice Cooper.

Over the years, Wiederhorn, who lives in Bay Ridge, has worked as an associate editor at Rolling Stone, executive editor at Guitar Magazine and MusicPlayer.com, and editor in chief at Guitar.com and HeadbangersBlog.com. He has also freelanced for TV Guide, Spin, Entertainment Weekly, Cosmo, and Teen People.

Montague Street Fire: Aftermath Video
Remember Me, Filmed Partially in Brooklyn Heights, is 9/11 Fable Probably Not for You