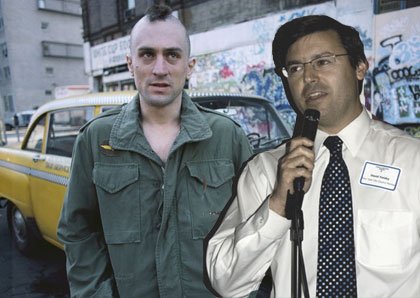 Are you talkin' to me?

The NY Times CityRoom reports that our Brooklyn Heights resident and our former man in the NYC Council, David Yassky, could be the city’s next Taxi and Limousine commish:

Mr. Yassky’s appointment is not guaranteed. Mr. Bloomberg is considering several candidates, but two people described the former councilman as the leading candidate for the job. They spoke on the condition of anonymity, because the discussions are considered confidential.

Peter Hedges’ Novel, The Heights, Set For March Debut
Brooklyn’s Next Boomtown is Next Door