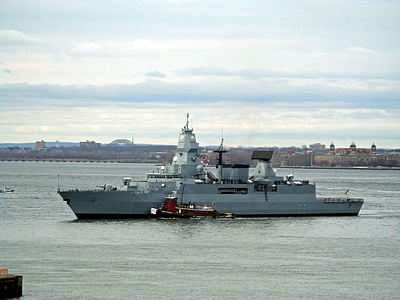 The parade of foreign warships visiting Brooklyn continues. As seen from the Promenade this morning, the German air defense frigate Hessen, accompanied by a Moran tug, approaches her berth at Pier 7, near the foot of Atlantic Avenue. Her sister ship, Sachsen, docked at the same pier in May. 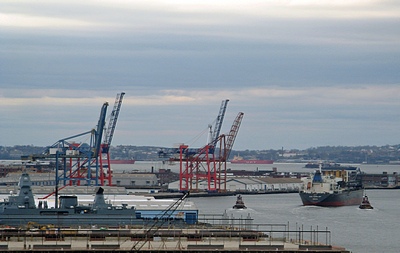 About an hour later, as seen from the eastern tower of the Brooklyn Bridge, Hessen is at the lower left of the photo, moored to the north side of Pier 7. To the right, the German-owned, Liberian registered bulk carrier Alice Oldendorff, having delivered a cargo of crushed stone from Halifax, Nova Scotia to the Brooklyn Navy Yard, is proceeding out the Buttermilk Channel towards the Narrows and the Atlantic.
Share this Story: