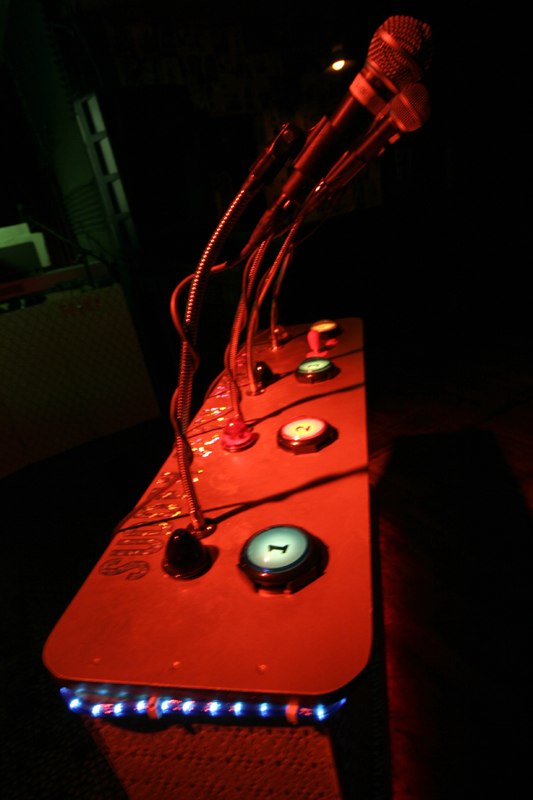 For the second time in a row, BHB Capo di Tutti Capi Homer Fink failed to make the final rounds of the Dick Swizzle Sudden Death Game Show at Magnetic Field, inexplicably naming Broward, not Palm Beach, County as the land of dangling chads. This time he was joined in ignominy by consigliere Claude Scales, who did not score a single point in his appearance. Asked about the big letdown from his previous outing, Scales proffered the excuse that he had been bothered by the three attractive women he was pitted against in the opening round. When it was pointed out that the women had ignored him and concentrated on the game, he replied, "That's exactly what bothered me."

The night was redeemed to some extent by the yeoman performance of loyal BHB fan EJ, who advanced to the finals, but had to settle for a t-shirt and cap.

There was no relief available on the flat screens, as the Mets lost another one.