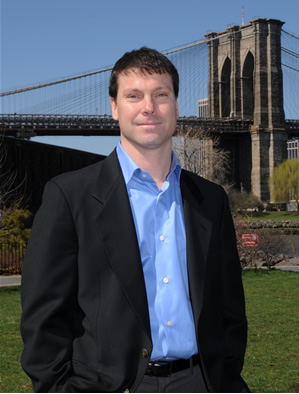 It’s been a long strange trip so far for Biviano who has made his mark in the Herd for the 33rd by speaking his mind and causing more than his far share of controversy.  However, his boldness and his “open door” policy – embodied by his “Main Street’ campaign office at 89 Montague Street – appears to have struck a responsive chord with BHB Readers.

The Progressive Democrat was endorsed yesterday by his mentor and progressive thought leader  Rep. Dennis Kucinich (D-Ohio).   Kucinich told the crowd gathered at Biviano HQ that, “You’ve got a great candidate” and that “His drive, his honesty, his integrity, his willing to stand up for the public interest make him exactly the kind of person who is needed not only in Brooklyn in the City Council, but we need Doug Bivianos in City Councils all over the country.”

Congratulations to Doug Biviano, the BHB Reader’s Endorsement for NYC Council District 33 in the Democratic Primary. The results and The Homer Fink Show with Doug Biviano after the jump.

Fire in a Crowded Theater: The Sequel!
Montague SummerSpace Launches