Kucinich: We Need Doug Bivianos in City Councils Across the Country 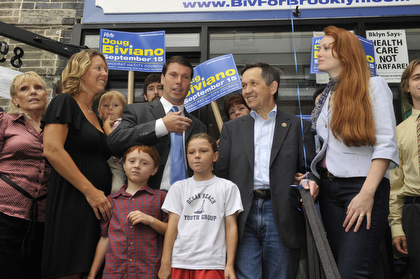 Brooklyn Heights resident and candidate for the Democratic nomination in the 33rd NYC Council District Doug Biviano received the endorsement of his mentor Representative Dennis Kucinich (D-Ohio) this morning.

Biviano, his family and supporters  stood at the top of the steps of his 89 Montague Street campaign headquarters with Kucinich and his wife Elizabeth.

The  2008 presidential candidate got right to the point, saying of Biviano, “His drive, his honesty, his integrity, his willing to stand up for the public interest make him exactly the kind of person who is needed not only in Brooklyn in the City Council, but we need Doug Bivianos in City Councils all over the country.”

Kucinich, the prototypical Progressive Democrat,  added the he and his wife “believe in Doug Biviano” and that he’s endorsing his former NY State campaign co-ordinator, “So people will know that they have someone they can count on in the City Council.”

After the announcement, the candidate and the congressman walked to the Borough Hall Greenmarket.  BHB’s Marc Hermann reports that Mrs. Kucinich bought a loaf of peasant bread.

Full video of the endorsement and more photos after the jump. 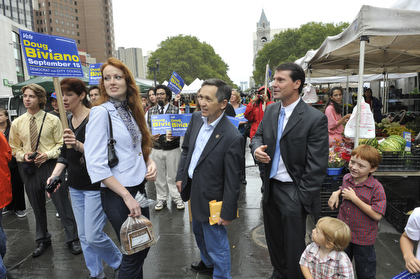 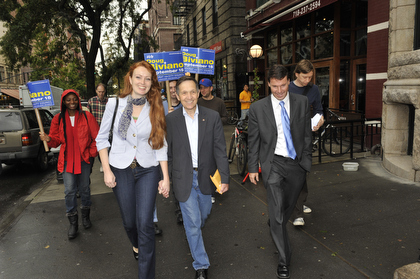 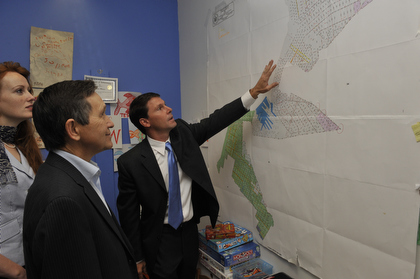 Smokey & the Governor rock Cadman Plaza
Fire in a Crowded Theater: The Sequel!