By Homer Fink on September 9, 2009 3:41 pm in Arts and Entertainment, Celebrity Residents 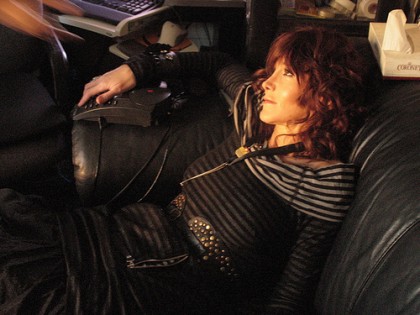 The Brooklyn Eagle’s Don Evans has published an interview with Brooklyn Heights native/ notorious author Laura Albert aka JT Leroy who will be appearing at Sunday’s Brooklyn Book Festival.

Brooklyn Eagle: There was a big street culture on Monroe Street, kids hanging out or running around on the street. Every now and then I’d hang out there. Punk was taking root in Brooklyn Heights. One day I walked by and saw the Speedies shooting one of their first videos on the promenade. There used to be gang fights between the Cobble Hill and Brooklyn Heights gangs. Alphabet City was no man’s land back in the day. It was a very different world.

I sang in the choir at Plymouth Church in Brooklyn, which was a station on the Underground Railroad. There were all these secret tunnels. I knew it had been part of the Underground Railroad, and I was obsessed with finding the tunnel where the train pulled in. There was a bowling alley in there, too, very similar to the one in the movie “There Will Be Blood.”

“Mess on Montague” Cleaned Up
Full Community Board 2 Recap