Park progress: twenty-fourth report, with a contest: name that hill! 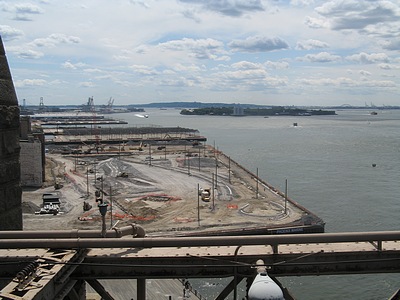 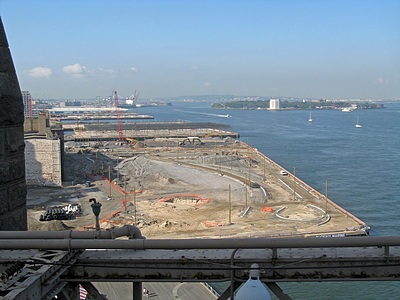 Friday, August 14, 2009. Here’s the contest: Name the impressive hill (for a view from the summit, see this earlier post) that’s been built on the northern portion of Pier 1, seen above. 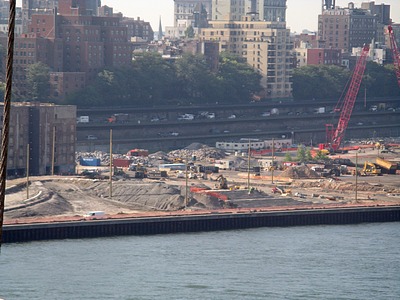 Friday, August 14, 2009. Here’s another view of the hill on Pier 1, showing, toward the right, the two flights of stairs that connect the summit with the riverside esplanade. This was taken from the western tower of the Brooklyn Bridge. More photos and text follow the jump. 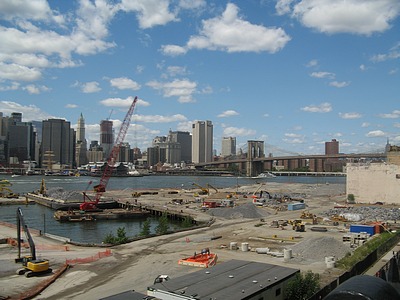 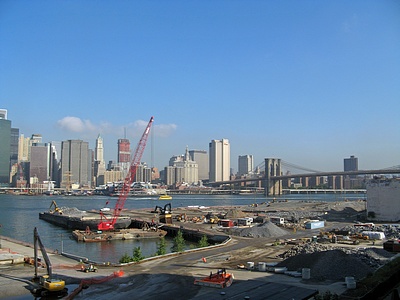 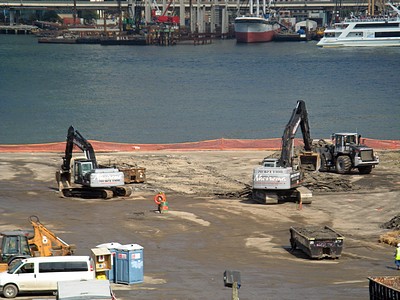 Friday, August 14, 2009. A closer view shows what may be the beginning of the removal of the pier deck, which will leave just the pilings exposed at this end of Pier 1. 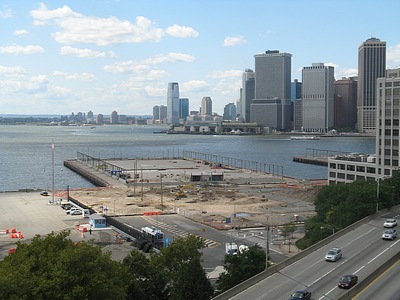 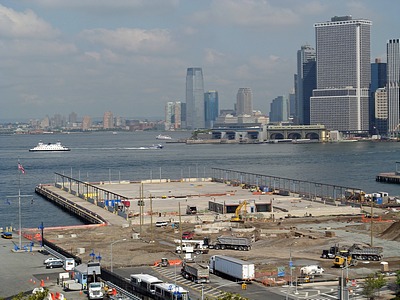 Friday, August 14, 2009. Some sort of structure is beginning to take shape landward of the foot of Pier 6.