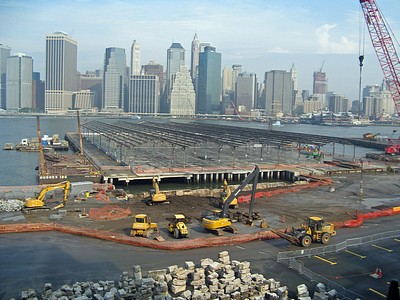 Friday, July 31, 2009. Here’s a new view of the work being done at the foot of Pier 2. It appears that a trench is being dug inland of, and parallel to, the canal for kayaks. Comparative photos are after the jump. 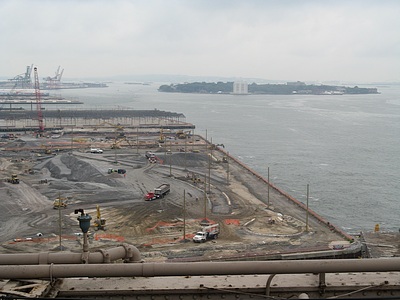 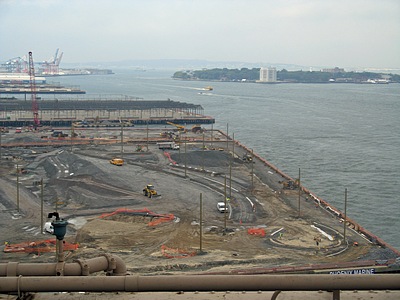 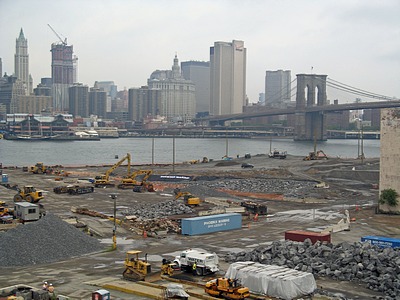 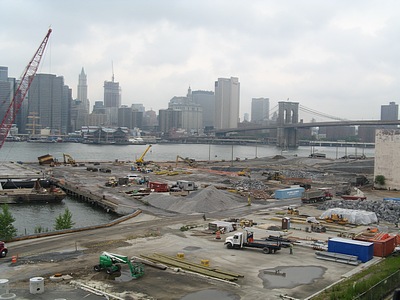 Friday, July 31, 2009. Not much visible change at the south end of Pier 1, either, but still lots of evident activity 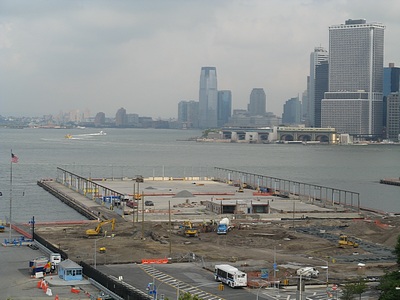 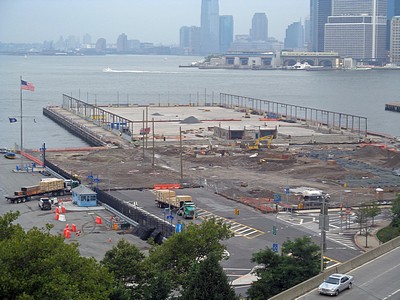 Update: Perhaps I’ll get some insight on what’s going on and what’s to come when I tour the Park construction site Tuesday evening. I’ll post a report soon after.

Fight Night in DUMBO
Hollyhocks by the Promenade