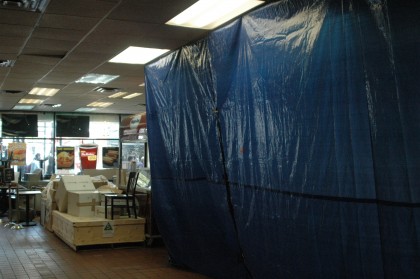 As Canadian doughnut chain Tim Hortons [resident pedant’s note: the lack of an apostrophe is theirs, not ours] completes its installation into the former Dunkin’ Donuts location at 22 Court Street, one question that has been raised is whether the location can live up to the company’s promise to make all doughnuts on premises.

Tim Hortons, named after the popular Canadian hockey player who was killed in an automobile accident in 1974, started its roll out in Manhattan, with all locations opening on Monday. The two Brooklyn outlets, including the former Dunkin’ Donuts space at 451 Fulton Street, did not and managers at both would not give a opening date.

The Riese Organization, who run both locations, said that the branches would open later this week, though the New York Times reports the date as July 20.

An examination of both spaces proves it may be difficult for the company’s promise to make all doughnuts on premises (Dunkin’ Donuts food is made at a central commissary in Long Island City, Queens). The Court Street location is sandwiched tightly between a Häagen-Dazs and Nathan’s. The space limitations may result in a smaller menu with fewer unique items compared to the full stores in Canada. 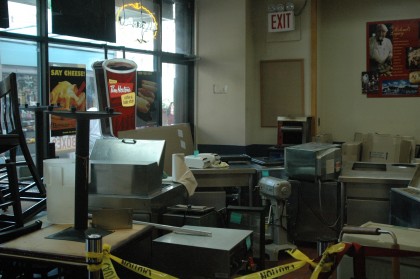