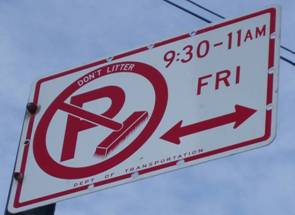 Starting Monday, the Department of Transportation will begin a six to eight week suspension of alternate-side parking regulations in Brooklyn Heights, north of Joralemon Street. The suspension will also include Downtown Brooklyn, DUMBO, Vinegar Hill and Fulton Ferry.

The suspension comes as the DOT installs more than 2,000 new signs that will have new, reduced street sweeping regulations. Map of the affected area after the jump.

The work is phase two or the three-part reinstallation of alternate-side parking signs. The third phase, which will start later this summer, will include the area south of Joralemon Street.

The new signs will reflect the new rules set by the Department of Sanitation, and include some residential street-sweeping being reduced from twice a week to just once a week. In other cases, only the time of day of the street-cleaning regulation will change.

Regular no parking signs (the ones without the broom) and parking meter regulations will still be in effect during the process. 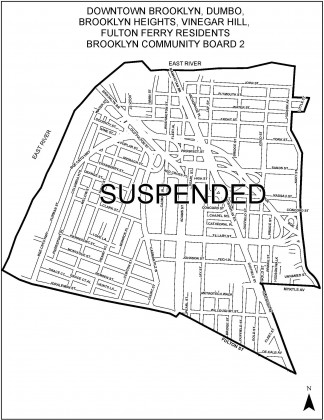