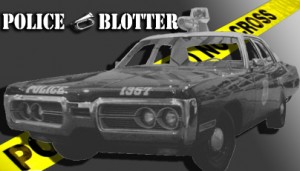 Last week saw no fewer that 5 wallets and purses stolen in retail spots and offices across the neighborhood. There was also one more incident in the recent spate of car break-ins.

First up is a spate of stolen purses and wallets that took place across the neighborhood on Friday, June 19. First, an office worker on Court Street between Montague and Remsen Streets reported that her purse valued at $400 was taken when she left it unattended at her desk while she used the copy machine. While there was no cash, she had several credit cards stolen.

Later that afternoon, a woman returned from her workout to find she had more than $1000 in jewelry stolen when a burglar broke into her locker and stole her backpack at the New York Sports Club on the corner of Boerum Place and Pacific Street. When she checked the activity on her American Express card, she found that her card had been used at McDonalds.

Next, a woman placed her purse on a chair as she browsed in the shoe department of the Fulton Mall Macy’s, and the purse was taken. Although she did not have cash, she had both credit cards and checks in her bag.

A purse containing $70 was stolen from a woman who left it in the restroom of her office building on Joralemon Street between Court and Clinton Streets on June 16. The victim said she left her bag in the stall, and when she returned about 10 minutes later, it was missing.

Finally, earlier in the week, on June 15 a woman had her purse taken after she set it on a bench at the Fulton Street Payless. She found her bag in another section of the store, sans her wallet, containing $300 in cash and credit cards.

Just before 5 a.m. on June 20, a woman said she watched from her 14th floor apartment as a speedy burglar made off with her truck. The woman had parked her Dodge Caravan on at the corner of Gold and York Streets, where her apartment building is located

An unknown number of perps jimmied a lock in an office building on June 19 Washington Street in Dumbo, stealing more than $1200 worth of wine and video games. The office, located between Water and Front streets, has been burglarized three times since June 7. Along with the stolen wine and video games, the business also reported a stolen computer monitor and television.

An $1100 bike was stolen on the morning of June 19 from in front of the River Café on Water Street. The biker said he saw the brazen burglar jump on his bike and peddle away just after 11 a.m.