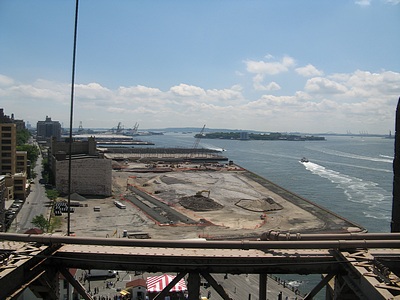 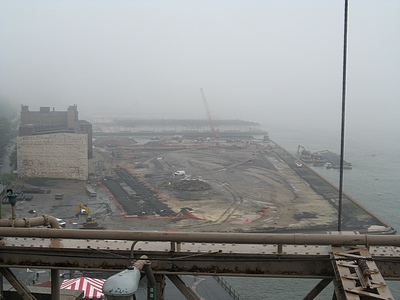 Friday (despite the fog, we’re back to our regular schedule), June 12, 2009. Again, not much visible change at the north end of Pier 1, apart from some smoothing of the terrain. However, there’s action elsewhere (more photos after the jump). 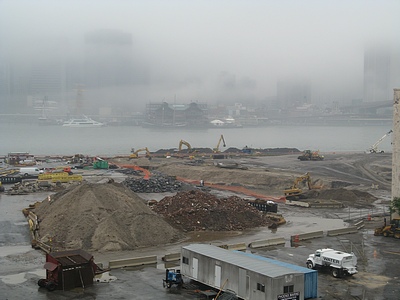 Brooklyn’s Grand Canyon is still there, but, unsurprisingly, now has enough water in it to look like a fjord. 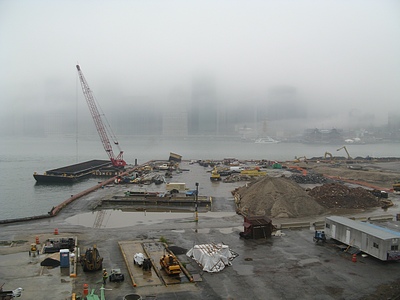 Lots more action continues at the south end of Pier 1. 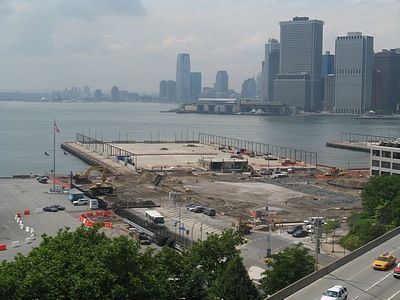 Last week, reader “anon” suggested that I check out the south end of the Park, near Atlantic Avenue, where there’s “more action”. I puzzled over what would be a good vantage point until I hit on the roof of the LICH parking garage. Here’s a view of Pier 6 and vicinity from there. Next week I’ll show a comparative view.