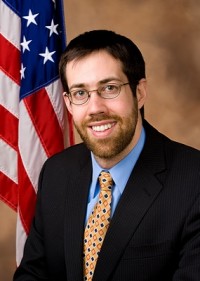 State Senator Daniel Squadron, who was an enthusiastic supporter of the successful effort to bring marriage equality to New York, is concerned about legal and bureaucratic problems that remain for LGBT couples, and has created a resource page to assist in identifying and dealing with such problems.

Local Pols to Host “After ‘I Do'” Program for LGBT New Yorkers Tuesday, August 16th

New York State’s historic embrace of marriage equality isn’t the end of all legal and bureaucratic problems for LGBT New Yorkers. The federal Defense of Marriage Act (DOMA), as well as the religious exemptions included in the New York marriage equality bill, create a number of obstacles and questions for same-sex couples, even if they’re […]

Photographer Albert Chau sent in some photos of same sex couples getting married at Brooklyn Borough Hall today, the first day of legal Gay Marriage in New York. More after the jump.

Yesterday, NYS Senator Daniel Squadron took to the floor in support of the state’s ultimately failed bill in support of marriage equality. “It’s such a small bill, just a couple of pages,” he said. “But it’s a very powerful bill.” Squadron goes on to describe his recent marriage, which he described as the “most powerful […]