After a long shutdown, indoor dining was allowed at 25% capacity in late September 2020, only to be shut down again in December, leaving restaurants to resort to take-out, delivery, and outdoor dining only. People wondered whether outdoor dining would remain viable with winter settling in. But, as with most things, New Yorkers were underestimated.

Here was the scene along restaurant row on Henry St. on Saturday night, when the temperature was a brisk 40 degrees with a “real feel” of 37. At Henry’s End, Henry Street Ale House, Bevacco, and Noodle Pudding, there was nary an empty table outside. 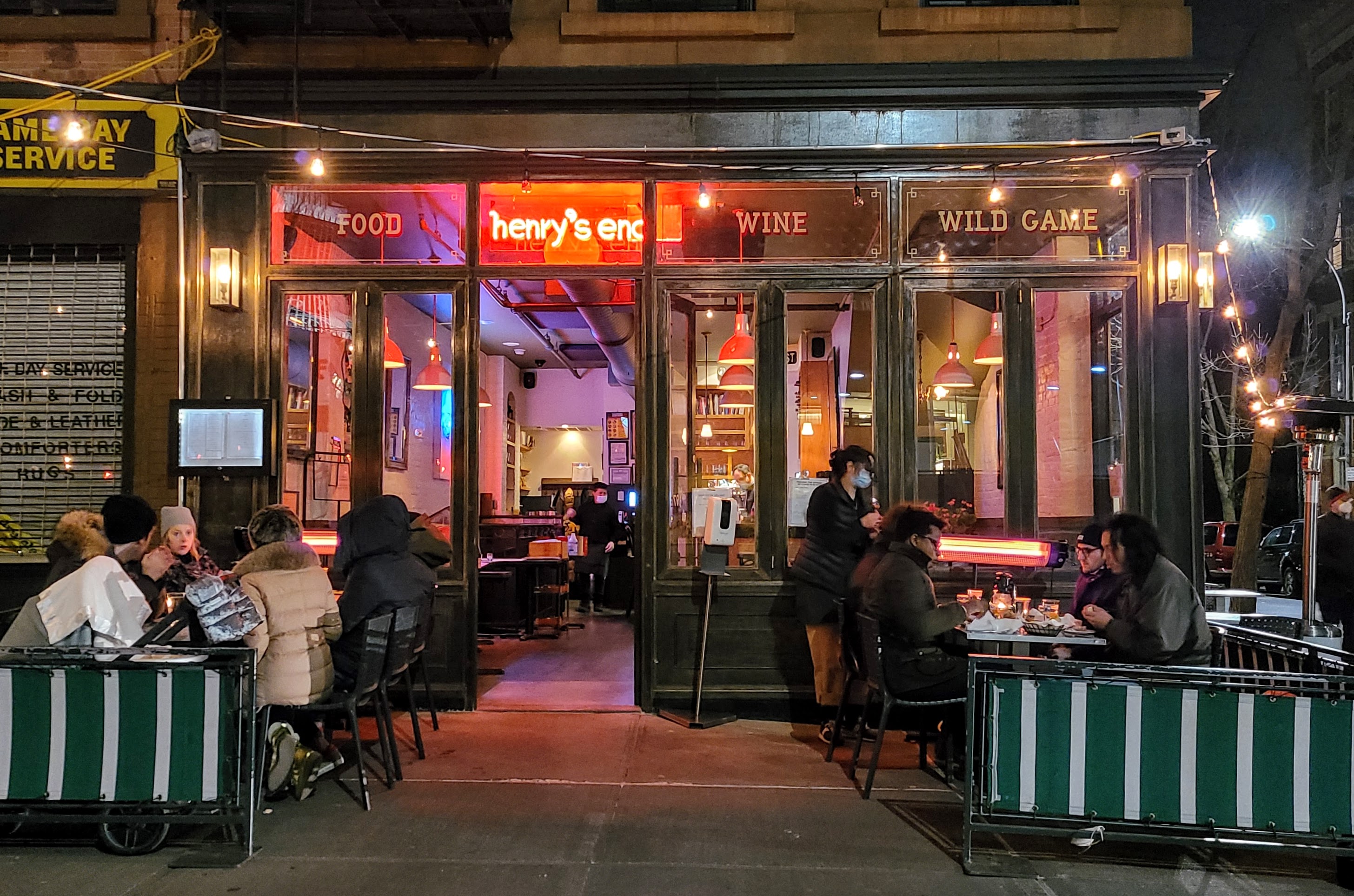 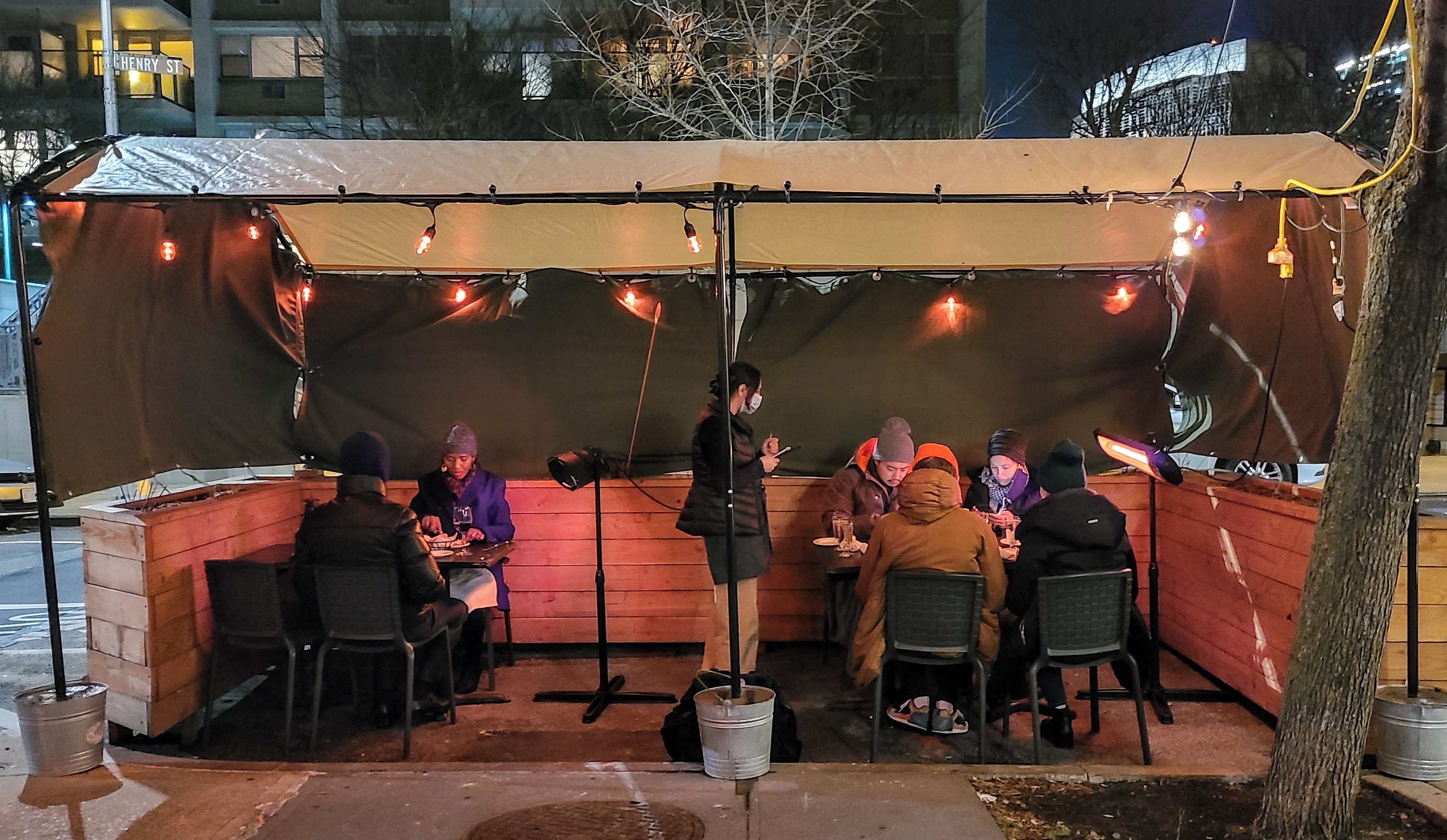 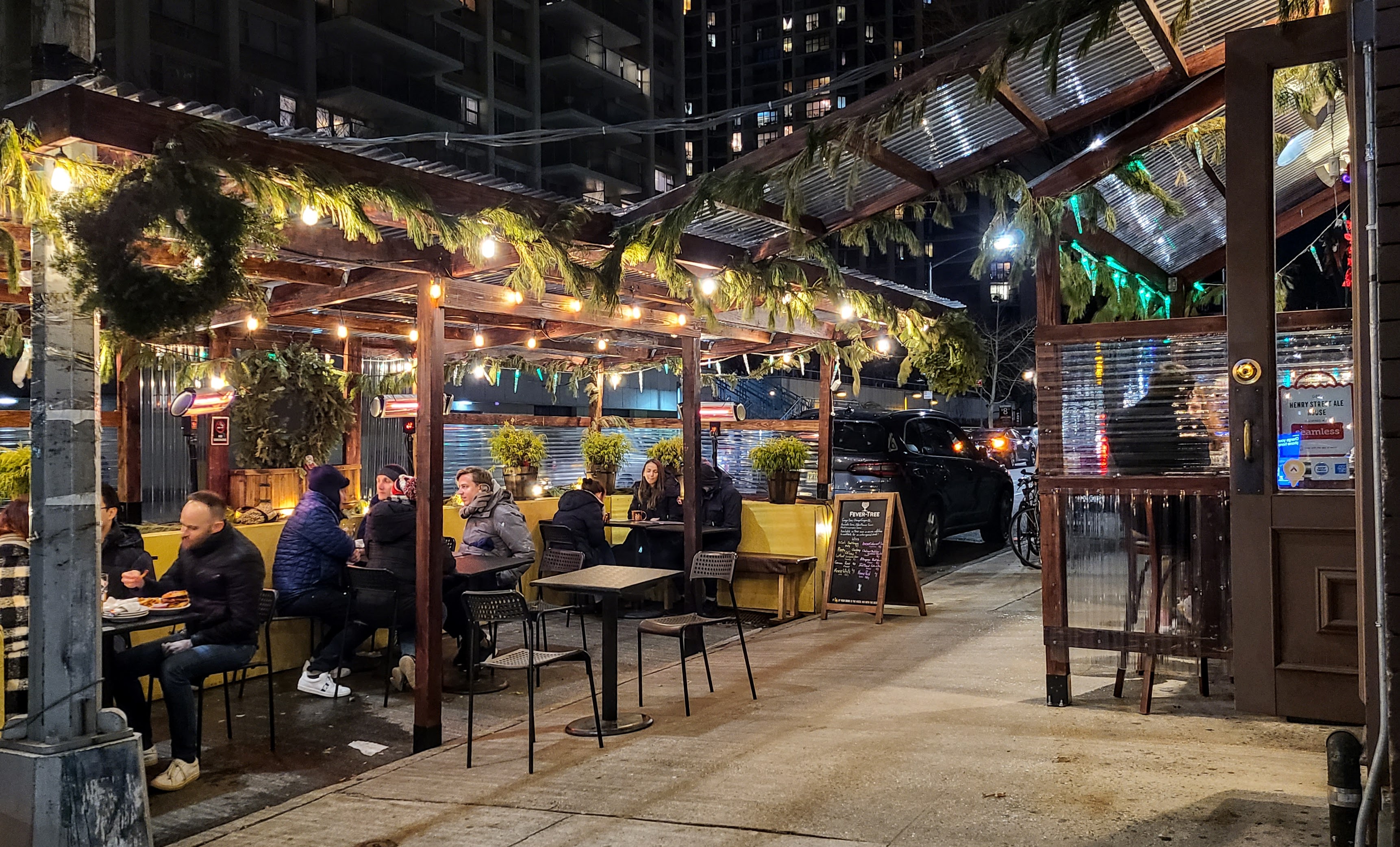 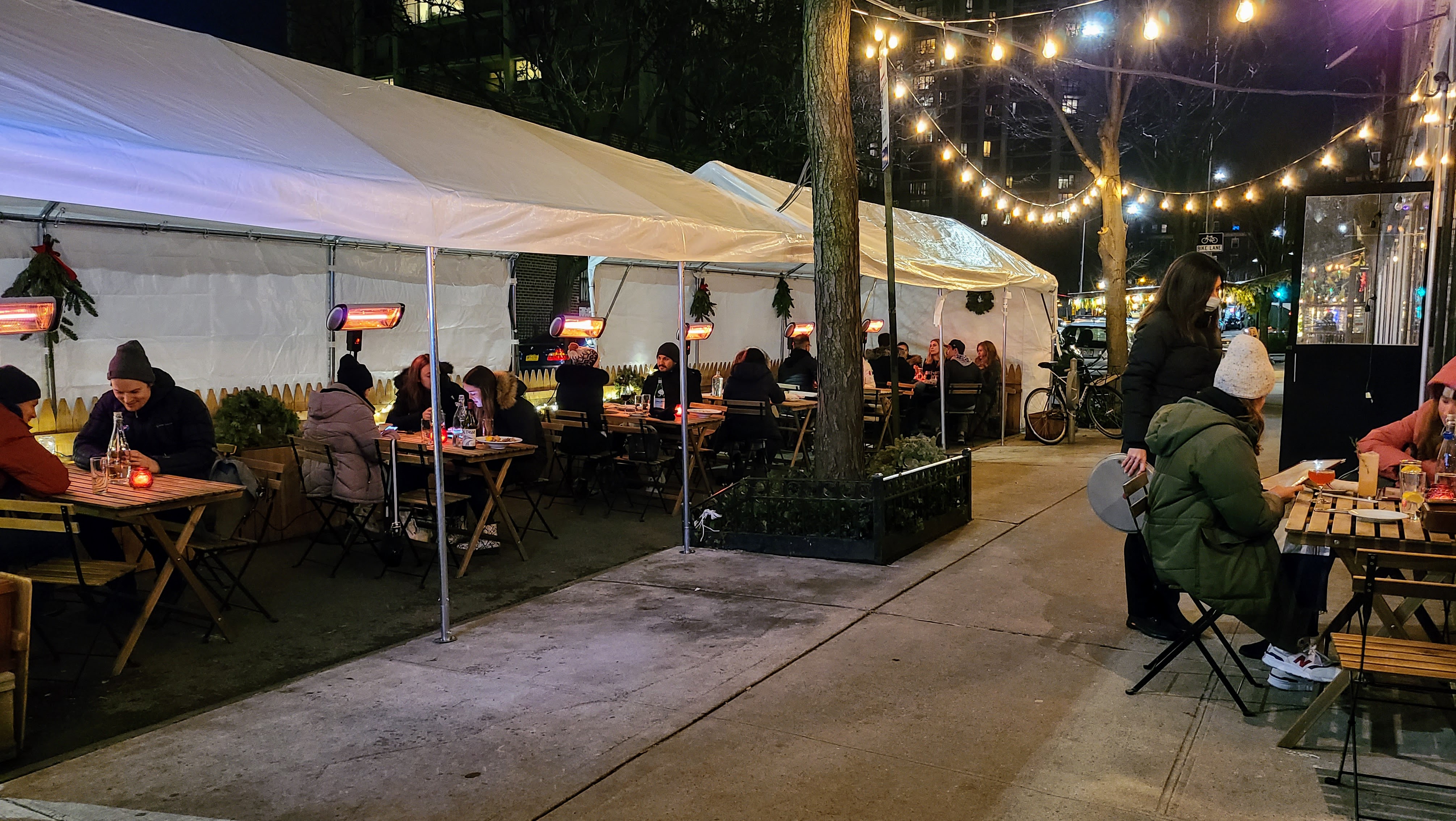 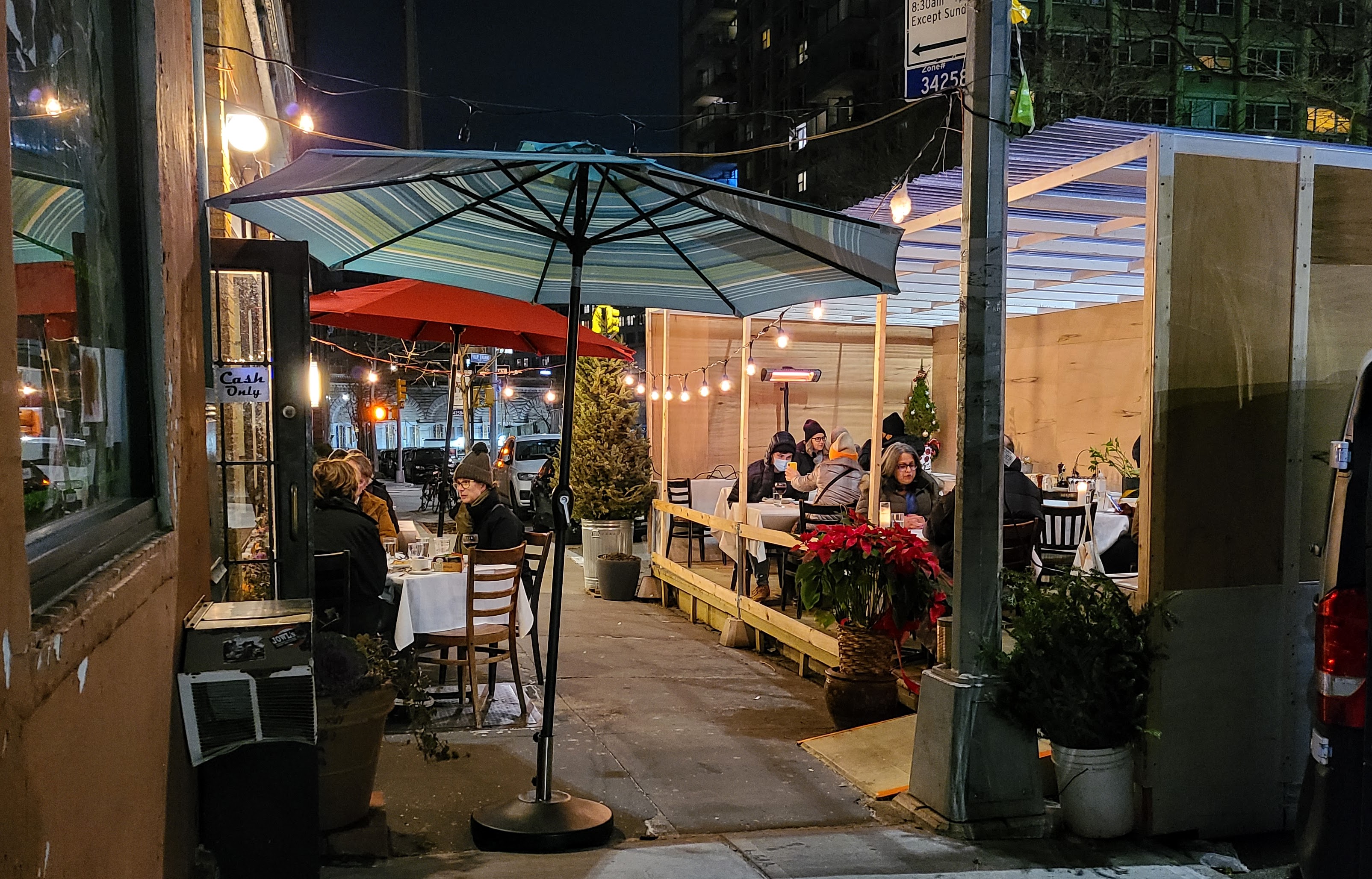 At a cozy corner table at Henry’s End, Sophia Stutzer and Joel Wesley were just starting their dinner, dressed in their winter coats and hats. When asked “May I take a photo of you for the neighborhood blog?” Sophia responded, “Only on one condition… if you mention that it’s Joel’s birthday.”

It was Joel’s birthday and they had come from Prospect Heights for a celebratory dinner. The dishes on order were the chicken breast stuffed with spinach and goat cheese for Sophia, and the blackened lamb sirloin for Joel. When asked whether there was a threshold temperature that would keep them from dining outside, Sophia said, “It’s not really about the temperature, it’s about the elements, like rain, snow, and wind.” As for the birthday boy, he hadn’t expected the weather to be so windy that night, but the table-side heat lamp and canopy tent were helping to keep him comfortable. 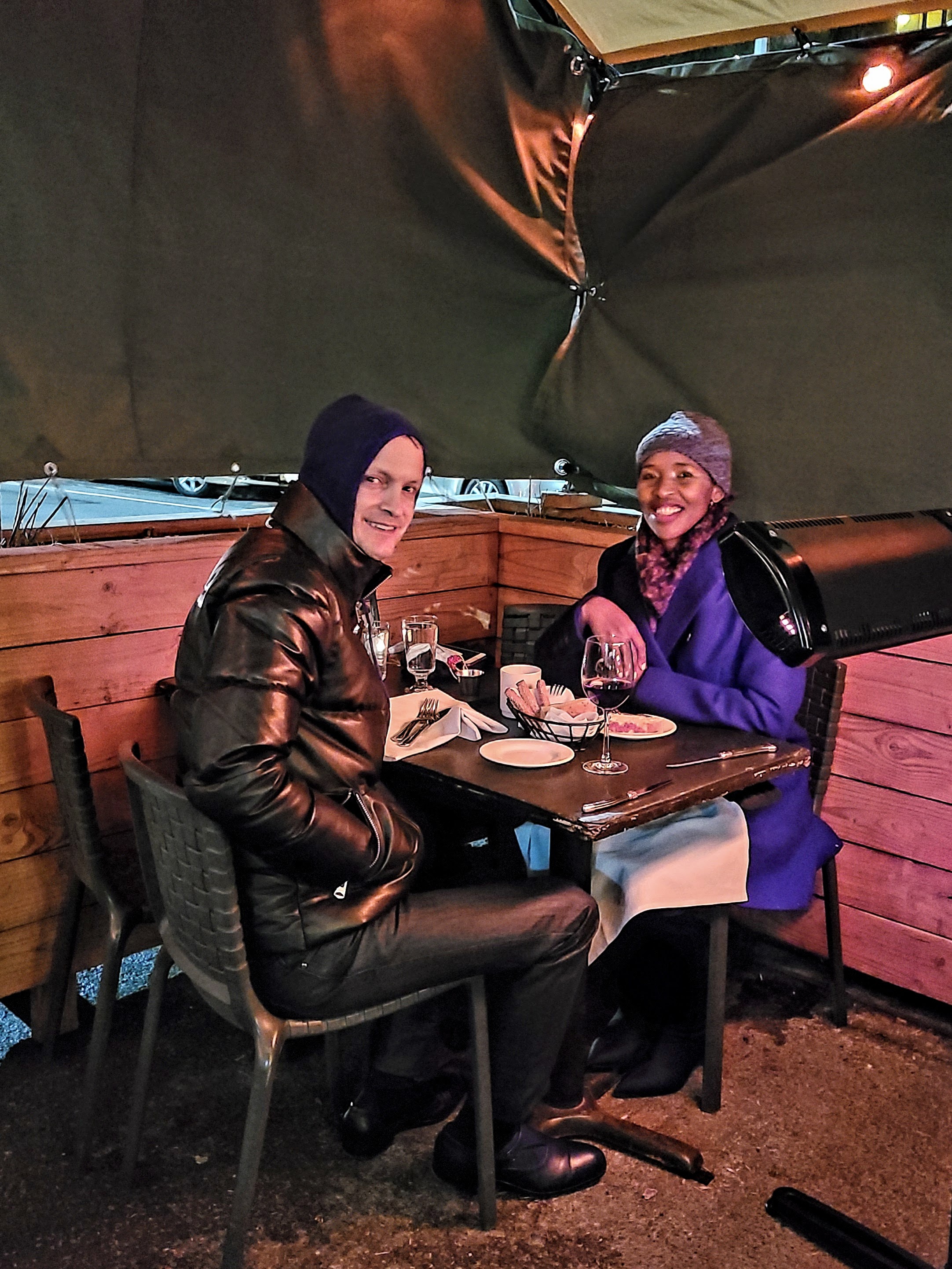 Meanwhile, Mark Lahm, owner of Henry’s End, and his daughter Hallie were moving quickly in and out of the restaurant tending to the packed tables outside and making sure everyone was fed and warm. 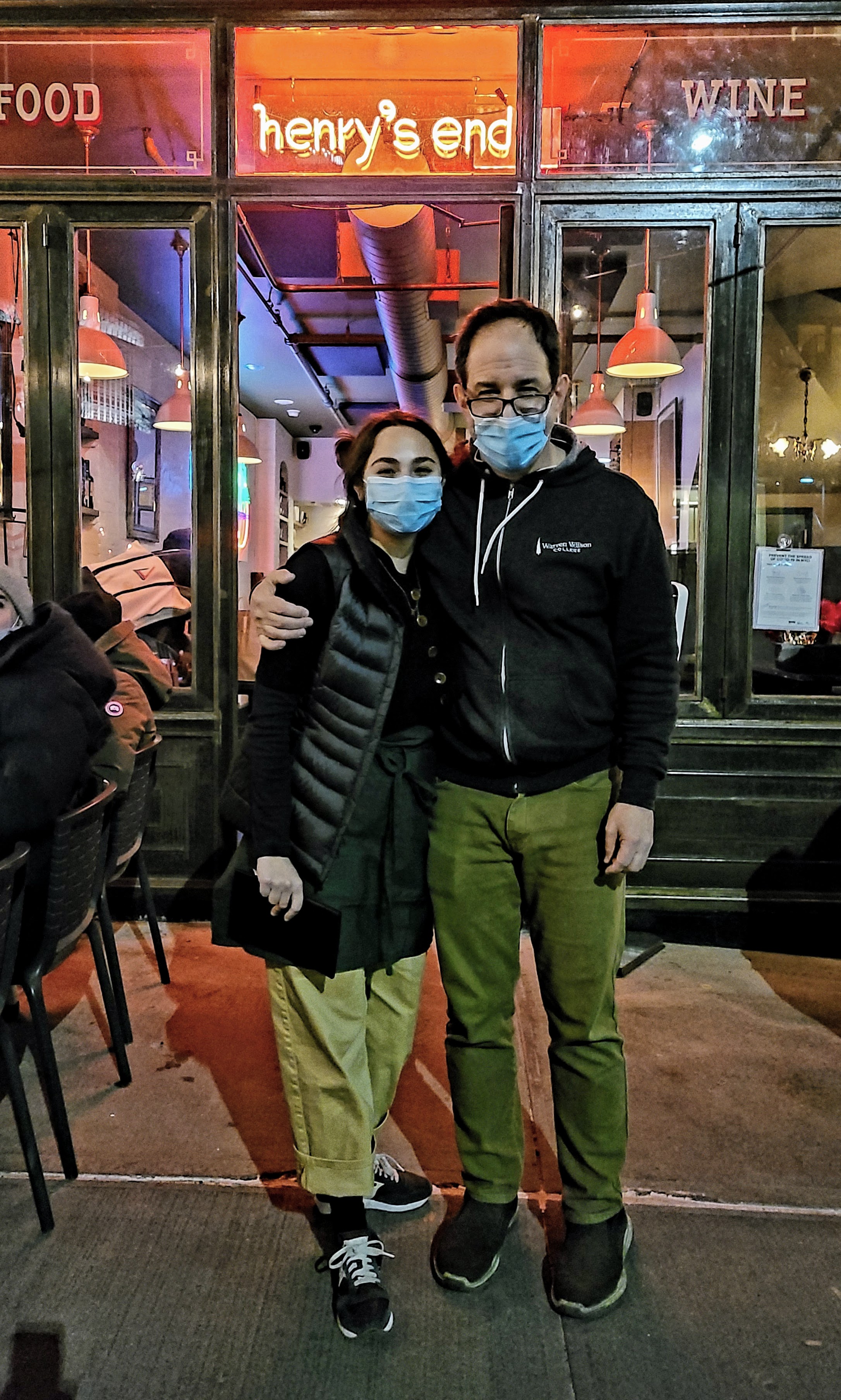 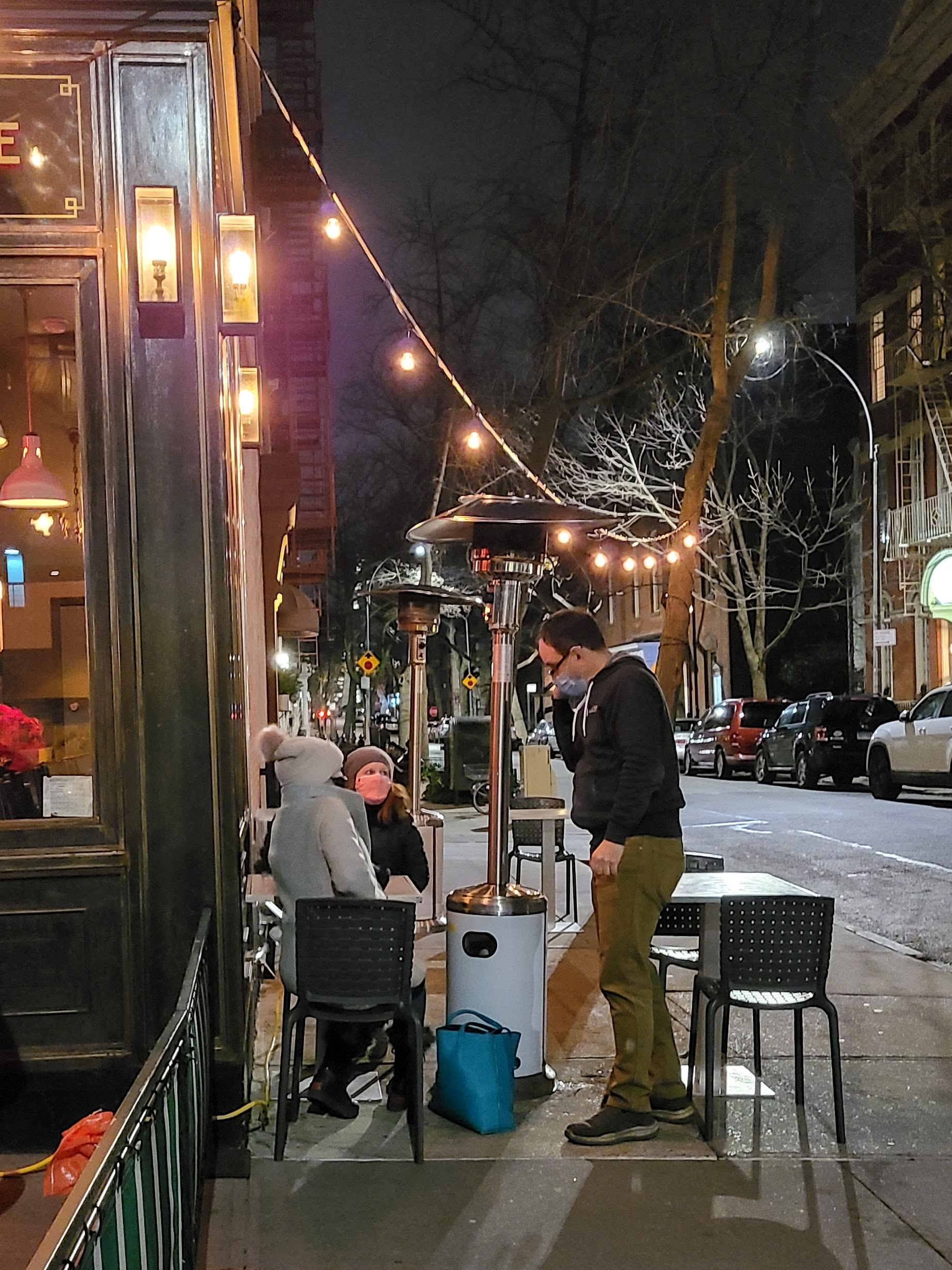 Let’s keep it up Brooklyn Heights and support our local restaurants, whether by take-out, delivery, or dining al fresco in our cozy winter hats.