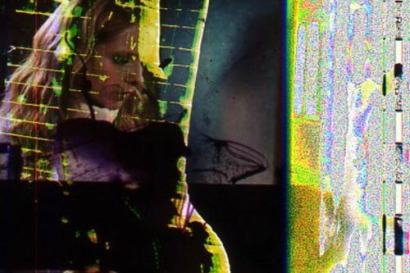 The Brooklyn Arts Council presents Scene: Brooklyn, Independent Film and Media Arts, a new film series that celebrates our thriving film community, and features a seminar for filmmakers.  Tonight, May 4th, walk on down to Galapagos Art Space for the short narrative film, Hug, directed by Khary Jones, which recently made its debut at Sundance, as well as L’Eau Life, directed by well-known painter and experimental filmmaker, Jeff Scher— his work is in the permenent collection of MOMA, the Hirschhorn, and the Guggenheim. Pretty classy stuff.  There are only three days left, don’t miss it.  Tickets are only $5.  You can still get a cocktail and not go over your weekly budget.  Amazing.

In the Heads Up Department: McDonald-Bianculli, a flute and guitar duo, present,  BaroQue Across the River, an ensemble that plays in historical settings.  So it’s site-specific music.  Baroque music, not under the stars, but at Zion German Evangelical Church, 125 Henry Street.  The event is Sunday, May 17th at 3:00 p.m.  Tickets, again, cheap.  Ten bucks.  I’d love to go see Waiting for Godot on Broadway with Nathan Lane.  But I can’t.  Instead, I’ll stay in my code, and still be entertained.