Brownstoner reports that thousands – perhaps as many as ten thousand – gathered in Cadman Plaza Park this afternoon for the vigil honoring George Floyd presented by his brother, Terrence Floyd, a Brooklyn resident. While the event was scheduled for 1:00 p.m., speakers did not arrive until about 2:00. Your correspondent was there to get some photos. 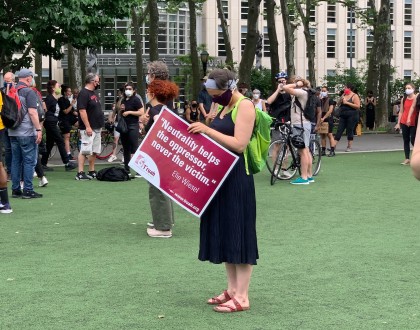 There was much call-and-response chanting: 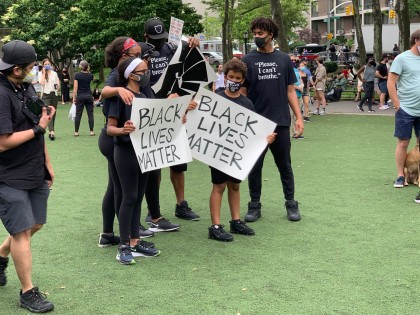 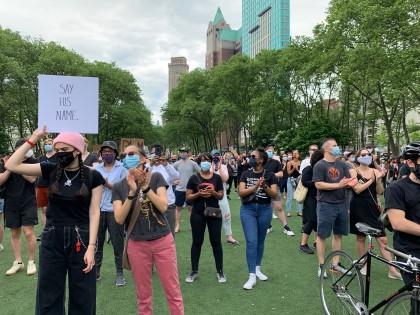 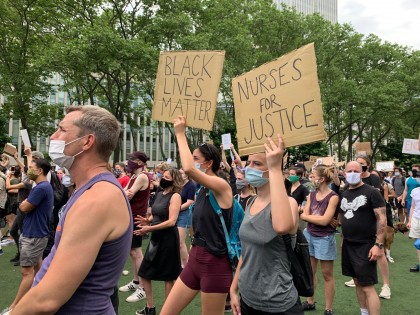 As the Brownstoner story notes, a number of local elected officials spoke. Mayor de Blasio was booed, which led to an announcement that the event was to honor the memory of George Floyd, not to make political points. Terrence Floyd said he was “proud of the protest” but not “proud of the destruction” that had coincided with earlier demonstrations. Today’s was entirely peaceful.