If you were walking on Henry Street Friday and approached the block between Pineapple and Orange streets, you may have been asked to cross the street and walk on the other side, as a movie shoot was in progress. Looking across the street, you would have seen some storefronts temporarily transformed to a decades-ago look, as in the photo, along with vintage cars parked in front of them. This was for a movie adaptation, directed and with screenplay by Edward Norton, starring Gugu Mbatha-Raw, Bruce Willis, and Willem Dafoe, and based on the novel by Jonathan Lethem. 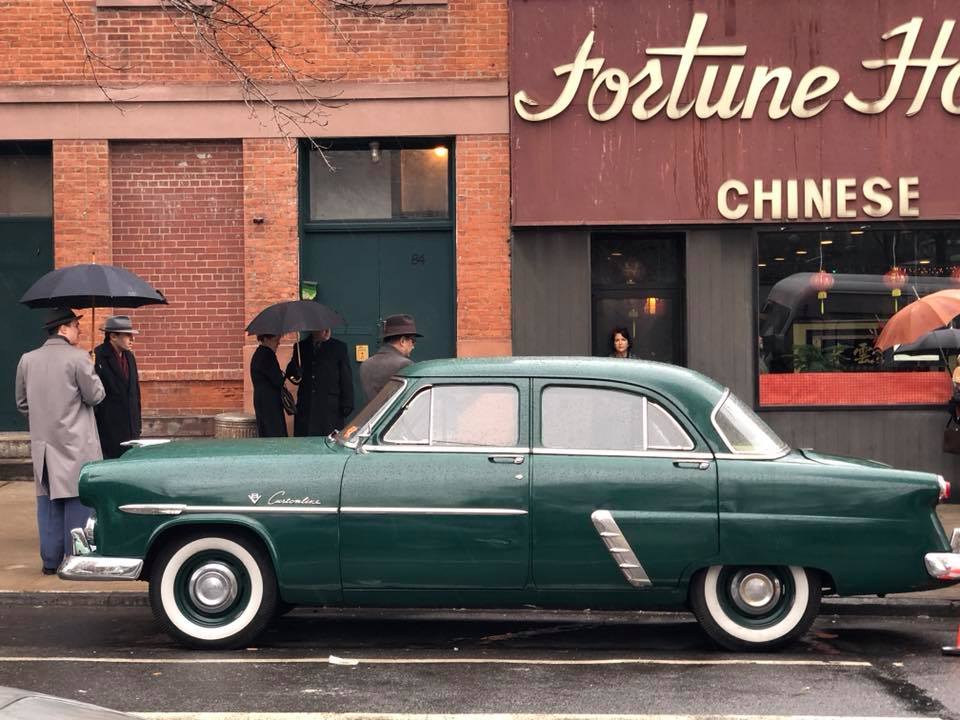 One storefront that did not get modified was that of Fortune House, which may have looked enough like an early 1950s Chinese restaurant. The photo above shows it with a Ford Customline, from that era, parked in front.