Some Highlights of the Brooklyn Folk Festival: Part III, Sunday, April 30, Including the Banjo Toss!

Early Sunday afternoon, April 30, your correspondent took the F train to the Smith-9th Street station, the highest elevated station on the New York City rapid transit system – it crosses the Gowanus Canal and had to provide clearance for ships to go under it – to participate in the fabled Banjo Toss Contest. After descending several flights of stairs and escalators, I emerged at ground level, and was greeted by an impromptu jug band (photo). The washboard player was Eli Smith, organizer and emcee of the Brooklyn Folk Festival. Once we were sure everyone had arrived, Eli led us to a parking lot overlooking the Gowanus, and demonstrated the proper technique for hurling a (cheap replica) banjo into the questionable waters. The “banjo” was attached to a rope with marks to show how far each toss had gone. 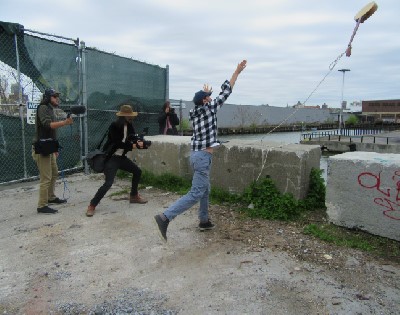 Eli made the first toss. It went a respectable distance. 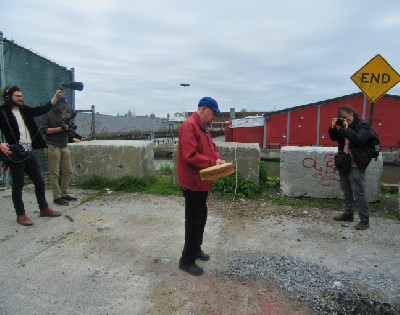 Your correspondent in the warm-up circle, preparing for the toss. Mine went a puny nineteen feet. Photo by Julianne, who was next in line. 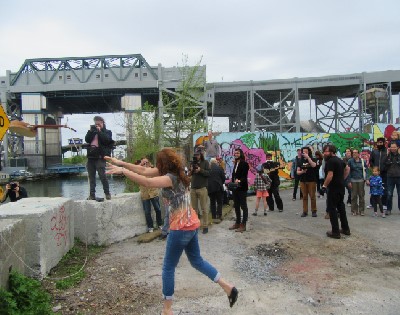 Julianne makes her toss, which went a good way further than mine. 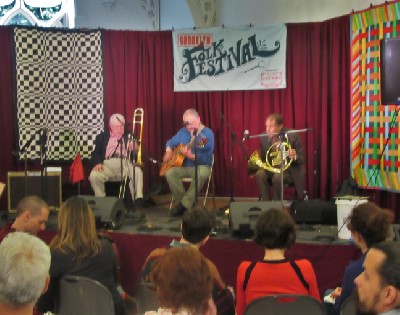 Meanwhile, back at St. Ann’s, just as I walked into the Parish Hall, the Gotham Jazzmen launched into “Shake, Rattle and Roll”, a jump blues classic made famous by Big Joe Turner, later covered in a bowdlerized version by Bill Haley and his Comets. 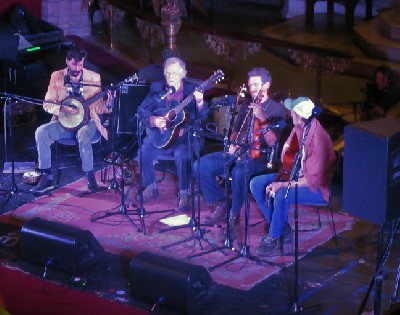 On the main stage, the Down Hill Strugglers were joined by old time music legend John Cohen (second from right in the photo), of the New Lost City Ramblers. They led off with a stirring performance of “Casey Jones,” which appealed to this train buff. 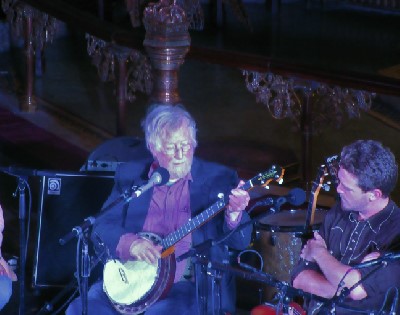 Later John showed his skill on banjo and as a vocalist with “Buck Creek Girls.” 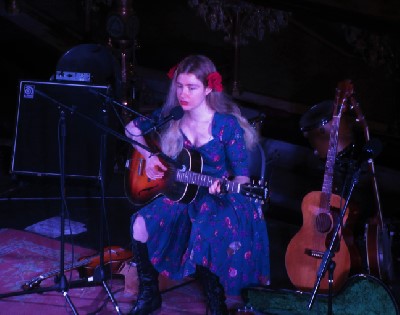 Meredith Axelrod. who had accompanied Jim Kweskin on Friday evening, did a solo set in which she sang the blues classic “Baby Please Don’t Go,” as well as the haunting folk song “East Virginia,” which I learned from my first Joan Baez album. 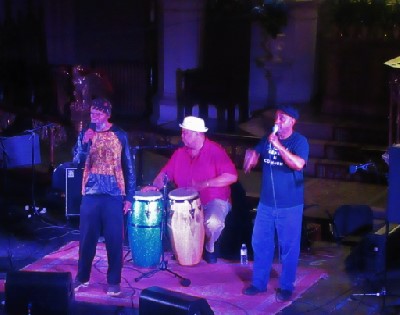 The Last Poets formed during the cresting of the Black Power movement in the late 1960s. Their recitation of poems over musical accompaniment seems an obvious precursor to rap and hip-hop; the Guardian piece linked above says they also influenced such artists as Mick Jagger and David Bowie. They concluded their Sunday evening set with a rousing, “If We Only Knew What We Can Do!” 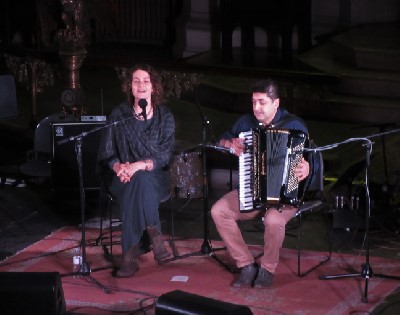 Eva Salina and Peter Stan did a set of folk songs from the Balkan and Romani traditions. Eva’s voice is compelling, and Peter’s accordion work inventive and captivating. 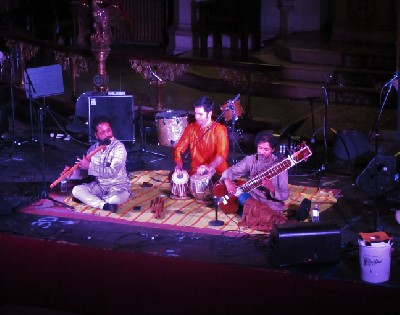 The festival ended on a profound note with a set of Indian classical music by flautist Jay Gandhi, sitarist Abhik Mukherjee, and tablaist Ehren Hanson. It was a fitting conclusion to and event that was superb both in quality and diversity.

This Saturday, Rally & March Strives to Inspire Kids Towards Activism
Bargemusic This Weekend