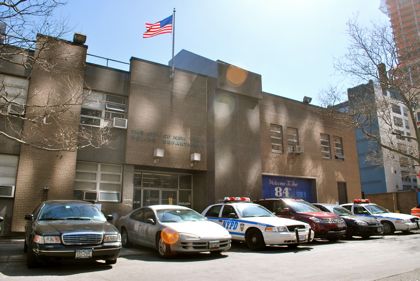 There were lots of crimes on or near the subway last week, and more car thefts in the neighborhood. Be careful out there — and, as the precinct’s Captain Mark DiPaolo reminds everyone, don’t leave your car unlocked, even if it’s in a garage.

Train pains
At least two victims were robbed last week on or around the subway trains.

Two teens snatched a woman’s cellphone from her hands as she was buying a Metrocard at the Jay Street-Boro Hall station on March 25. At 2:30 pm, the woman was just about to get her new card when suddenly a man grabbed her arms from behind and a second kid took the phone. The first perp looked at her and said, “If you follow me, I’m going to bust your face.”

A thief stole a man’s laptop and external hard drive in the early morning hours of March 24, after the victim fell asleep on the subway and left his things on the floor between his feet. The incident happened between 2:45 and 3:30 am on the Brooklyn-bound N train, and the victim discovered what had happened when he woke up at the DeKalb Street station.

Range over
A thief stole a man’s Range Rover from the parking garage on Cadman Plaza West on March 29. The incident happened between 3:30 and 10:50 am, when the man parked his car and came back, only to discover it was gone. Surveillance tapes show that the perp entered the garage, found the car’s keys in the garage’s security box and that the car was unlocked, and got in. As he drove out, he plowed through the closed gate and damaged the car.

Hotwired
A car thief stole a man’s Mazda sedan on March 23 on Jay Street in a matter of minutes. The victim told cops he parked on Jay Street, near Willoughby Street, around noon and ran an errand. But when he came back 45 minutes later, the car was gone.