A Look Inside Citibank Nightmare 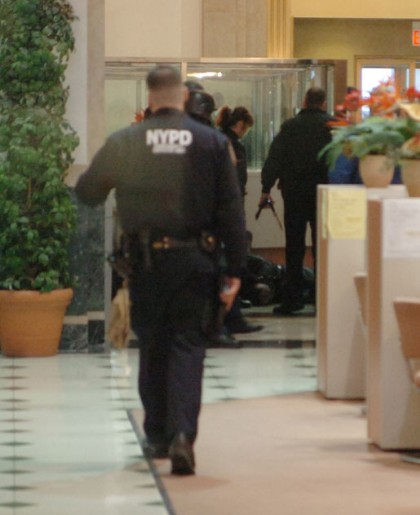 Nabe photo journalist Marc Hermann emailed us a few shots of the scene after cops shot a robbery suspect at the Montague Street Citibank yesterday. The interior shots were not published by local newspapers. The photo above shows an NYPD officer holding the knife that suspect Andy Wilson allegedly wielded during a botched robbery attempt. 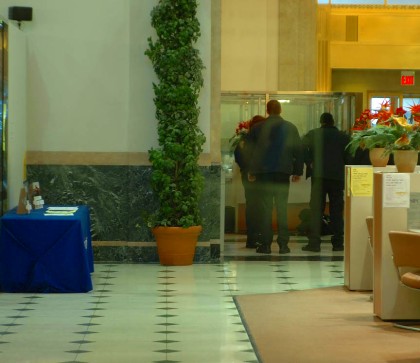 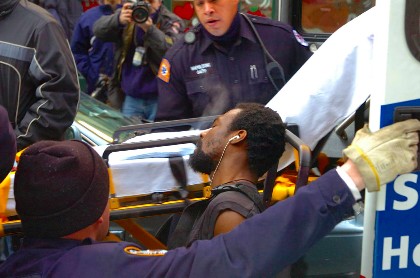 Above: inside the bank and suspect Wilson being placed inside ambulance by paramedics. Note Wilson's iPod earbud still lodged in his left ear. Witnesses claim it remained in place throughout the entire ordeal.