The summer seems to have brought relief to some anxious parents of children wait-listed at P.S. 8.  Though parent advocacy group WeArePS8Too’s request to restore the sixth Kindergarten section at P.S. 8 was denied by the DOE in mid-June, the wait-list now seems to be moving.  The parent network has informed this reporter a family holding the #28 slot was offered a seat earlier this week.

On the District level, the D13 Community Education Council (CEC) is ramping up to rezone.  This past Tuesday night at the Annual/Business/Calendar Meeting, the DOE’s Office of District Planning (ODP) preempted the general meeting agenda with a presentation, “An Overview of the Rezoning Process.”  Greg Whitten, Associate Director of Planning-Brooklyn and Jonathan Geis, Associate Director of Analytics-Brooklyn, emphasized rezoning will be a collaborative effort between the ODP, CEC, Superintendent, impacted schools’ leaders and the community. The six-step process follows Chancellor’s Regulation A-185 and includes the presentation of rezoning proposals to the CEC within a public forum and incorporates feedback from the community.

Once the need for re-zoning has been assessed, the ODP sets out to determine zone size and devises various zone map scenarios.  The methodology used to determine zone size (the capacity of each school and number of anticipated students) is based on a variety of factors.  It includes but is not limited to the total number of full-size classrooms, the number of cluster rooms and administrative space entitled to each school and the historical enrollment increases & decreases per grade level.  Demand is determined by historical data of enrollment (from both in- and out-of-zone students), wait-lists, average class size and retention rates and anticipated growth based on residential development.

To the extent possible, zone lines are drawn taking the ideal zone size into account for each school, residential construction and population growth, impact on a school’s diversity, geographical barriers (such as highways and district lines) and the distances students must travel.  Mr. Geis stressed for this stage, the ODP will rely heavily on the CEC for “critical feedback” from the community based on their knowledge of and their relationships to key stakeholders within specific schools and neighborhoods. 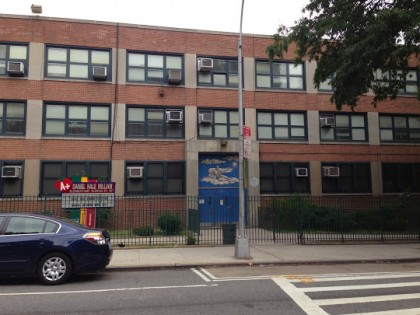 The full scope of the rezoning is yet to be determined. But during the Q&A following the presentation, CEC members were clearly thinking long-term solutions citing rapid residential development and the need for sensitivity toward diversity.  Robert Underwood asked the ODP, “How do you look across the district so you really have a comprehensive Downtown plan that considers, PS 8, 307, 287, 29, 261, 38 as a holistic whole instead of saying that’s District 13, that’s District 15?”

CEC President, David Goldsmith assured members, “One of the things that we talked about at the first meeting [of the Downtown Brooklyn School Planning Working Group, aka D13 Taskforce] was ‘who should be at this table?’  To your point, we invited 38, 261 and members of the community…the CEC President of D15 is now a member…the CEC in general will be very informed because there is a working group that does take that broader vision….We have [representatives from] the district as a whole, from one side of the district all the way to the other giving [their] perspective.”

CEC Member, Ben Greene expressed, “Are we looking [far] enough down the line?  Because my biggest concern is we do a zone change right now with PS8 and 307 and then all of a sudden now we need more capacity at 307 that we don’t have…I don’t want to see that now we’ve got to come back to the table and now push half of 307 over to 287 without putting [287] in the mix [from the beginning].  I want us to make sure that we look at all of that impact, because it’s a ripple effect.” 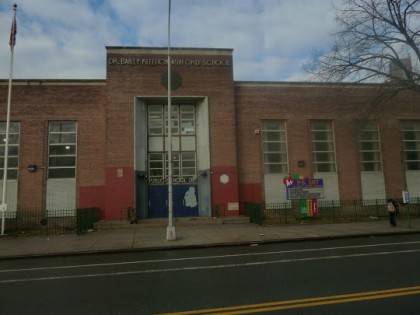 Within their presentation, the ODP recommended the CEC form a Rezoning Committee. Throughout the proceedings David Goldsmith also extolled the benefits of a Rezoning Committee stating, “one of the reasons that we pushed for this larger working group (D13 Taskforce), [is] so that this smaller group (Rezoning Committee), which would have to answer to the entire CEC, would be best informed by a very large group.  So we can go to our own data people…We’ve got people that are very familiar with data from CB2, we have a lot of people that our CEC can use as resources.”  The members agreed and the Committee was formed with D13 Taskforce CEC members (Ed Brown, David Goldsmith, Ben Greene and Amy Shire) and newly appointed CEC members Carla Lorenzana, Horace Allison, and Maggie Spillane.

Pending approval, re-zoning plan would take effect for the 2016-17 academic school year and impact only incoming Pre-K, Kindergarten, 6th grade students and/or students new to the system. Sibling preference for Pre-K and Kindergartners would be determined by the CEC during the approval process.  All re-zoned schools would continue to admit students according to their admissions priorities as dictated by Chancellor’s Regulation A-101.

WHAT CAN YOU DO?

Community Board 2 Approves Library and Pier 6 Housing Plans, Both With Conditions
Milling and Paving on Heights Streets This Coming Week