This just in: Murdoch buys The Brooklyn Paper! 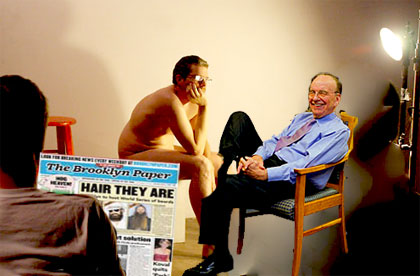 Rupert Murdoch has purchased the 31-year-old Brooklyn Paper, and will now include it in its Community Newspaper Group, a source has confirmed to BHB.

The deal became official last Friday, sources say, but the two organizations are still discussing how the two papers will coexist in neighborhoods in which they both have reporters. Those decisions could take several months, a source said.

The Brooklyn Paper’s publisher, Celia Weintrob, told the Observer that an official announcement would be published on Friday.

Murdoch bought the Courier-Life chain in 2006 as part of a buying spree of 28 papers covering Queens and Brooklyn, and recently relocated the headquarters to MetroTech Center in Downtown Brooklyn.

We will, of course, stay on top of this developing story.

Update (3:50 pm): To clarify, the Brooklyn Paper will not be owned by the New York Post directly, nor will it share any editorial content, at least not according to preliminary discussions, explained the source. Rather, the paper will be owned by CNG, which is owned by Murdoch’s News Corporation.

How do you think the future of Brooklyn’s news coverage will play out? What changes would you want to see come of the now-merged Courier and Brooklyn Paper newspapers?

(Above parody illustration by Homer Fink)