Juice Press is Coming to Henry Street in Brooklyn Heights

Juice Press, purveyors of cold-pressed juices and a favorite of celebrities, is coming to Henry Street (technically part of 124 Montague Street, next to Kiehl’s). The company announced last year that it would be in five new locations including the one here and another in Connecticut. Now, the brown paper is up and the permits posted as the yet to be announced opening draws near. 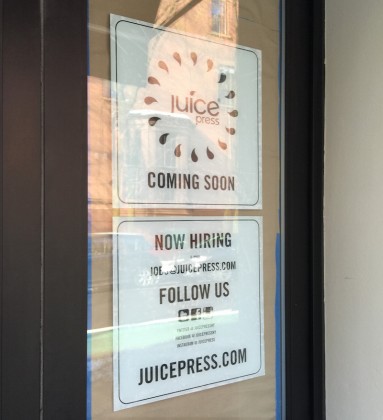 And it’s apparent that folks in Brooklyn Heights are amped up for its arrival:

@bkheightsblog dude did a dance of joy at seeing Juice Press is coming to Henry Street next to Kiehl's. #EatClean #woohoo #bkheights