Two BHB readers alerted us to a bit of dendrochronology happening on Columbia Heights. The stump of a tree cut down near 157 Columbia Heights has been annotated by someone to reveal its approximate origin date (1885) as well as these historical events: 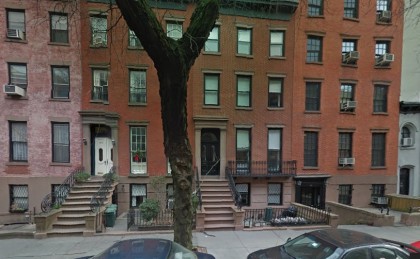 The tree in happier times in 2013 (Google Streetview)

@bkheightsblog Are you aware of this tree trunk on Columbia Heights? pic.twitter.com/lW43J8GGgd

@bkheightsblog Don't know. Just stumbled upon it while taking a walk. There is some sawdust still around so it must have been fairly recent.

We would also add Brooklyn Heights becomes a landmarked neighborhood (1965) and, of course, BHB begins publishing (2006). What other Heights events would you add?