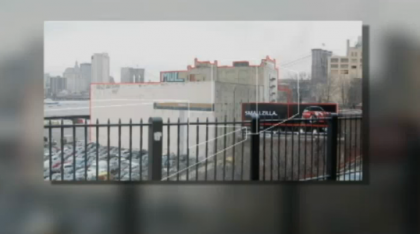 RELATED: All BHB Coverage of Save the View Now

CBS New York: The mayor’s pick for park president said the Pierhouse is just 3 feet higher than originally planned due to changes forced by Hurricane Sandy, and no more obstructive than a warehouse torn down on the site.

“There’s no bait and switch. The building that is under construction now is exactly the building that was approved,” said Regina Myer of the Brooklyn Bridge Park Corporation

. “This was all according to the plan for this beautiful park.”

But opponents have won an important ally as the Brooklyn Heights Association is putting its weight behind this fight over height, Aiello reported.

And the struggle made the front page of this week’s Brooklyn Heights Press:

Save The View Now