Guest Post: The Brooklyn Bridge Park No Longer Needs the Money – What Now?

The following is a guest post from People for Green Space Foundation Inc. The opinions expressed below do not necessarily reflect those of BHB, its publisher or its editorial staff.

Exciting news…
The Brooklyn Bridge Park hit the real estate lottery. We may have needed the towers on Pier 6 to fund the park a decade ago, but real estate prices have exploded from ~$750/sqft to ~$1,800/sqft today. The park benefits as its largest source of recurring revenue is property taxes on the development within its bounds, already including more than 650 apartments, 200 hotel rooms, 400,000 square feet of office and prime retail space in Empire Stores alone, and countless concessions and restaurants. We have already built a city within Brooklyn’s park… which will more than fund the park’s operations in perpetuity. 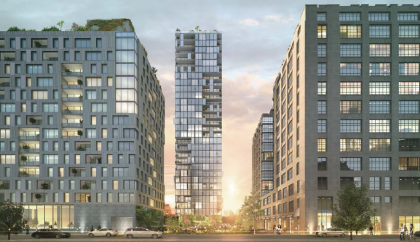 Actual Developer Rendering of Piers 5 and 6 Within Park

Misleading Park Financials to Justify Pier 6
Unfortunately, the park corporation hid its large real estate windfall in its financial presentation to justify the development of Pier 6 to its board and the public. The park corporation only presented one year of projected financials for the completed park, and the year presented is misleading as the park’s “recurring” revenue is artificially depressed by tax breaks that will start expiring shortly thereafter, increasing taxes paid to the park in the process.

The reality is that park revenue and profits grow rapidly over time. Our analysis (available on SavePier6.org) shows that the park will generate more than $1 billion in cumulative profits over the next 50 years, far more than enough to pay off the one-time pier expense over this period (especially noting that the park already has $87 million in one-time revenue for this purpose). The implication: the park is already overfunded before any development of Pier 6!

Further, we believe that the tax estimates – both in our analysis and in the park figures on which our analysis is based– have not kept up with the increase in real estate value. For instance, the park corporation assumes an absurdly low $3/sqft in property taxes for Empire Stores on commercial space renting for “high $40s” to “$150 per square foot” (source: The Real Deal, 11/5/13), even before this year’s big rise in property value and even if one makes assumptions on tax breaks (that will expire).
The park also ignores the value of “profit sharing” arrangements with developers. Due to the large rise in real estate value in the last year and the way the contract was bid, we have been told by a developer involved in bidding that the park participation for the John ST project is already in the money. We have no way to verify this information as the park refuses to provide any information on these developer arrangements.

A New “Low” in Park Transparency
Last Friday, the park corporation rejected calls from the Community Advisory Council (CAC), a list of elected officials and the Brooklyn Heights Association, among others, for projected financial information to justify the development of Pier 6 within the park.
Excerpt from letter from elected officials dated 10/6/14:

The park is a public asset, and the park corporation is a public entity, and the public deserves a transparent understanding of what is being done in their name. In addition, the guiding principles of the park call for “full public participation and full public review throughout the planning, development and management processes.” Withholding key financial information hampers the public’s ability to participate in the planning process and to provide a meaningful review.

Real Issues
There has been an amazing transformation of Downtown Brooklyn in the last decade. Proper planning should reflect this sea change and should be based on current circumstances, not the decade-old data in the park plan.

Take traffic as an example. Massive amounts of traffic are funneled to the bridges and tunnel to Manhattan. Furman/Columbia Streets are shortcuts to these bridges. Any traffic issue causes gridlock, making it impossible to get in or out of the park. Add the millions of square feet of park development under construction, the development boom along the waterfront and the tens of millions of square feet of development in immediately adjacent Downtown Brooklyn. And, to top it off, put out the welcome sign to this wonderful park, now only half built. This is a recipe for disaster. With the BQE hanging above and limited intersections off Furman Street, a fix seems a pipe dream.

The main entrance to the park at Atlantic Avenue is already dangerous to cross. Are we to believe the park has a magic fix when all the proposed construction will make it so much worse? After years of trying, the park has yet to fix the traffic issues on the loop road around Piers 5 and 6. The new plan is to make the loop road one way, to among other things, allow traffic to bypass the line of cars at the public garage. However, by building the towers on Pier 6 in the park entrance, two additional building entrances (aka loading/unloading zones) as well as another garage are being added smack in the middle of this trouble spot. Does it make sense to add lines of cars, taxis and Fresh Direct trucks to the line of cars waiting for the parking garage? In addition to Port Authority shipping traffic? All of this traffic right in the middle of the park and its main southern entrance from Atlantic Avenue.

Then, what about the overcrowding in PS8? Pre-K has already been eliminated, and the DOE is already talking about limiting enrollment next year. Most of the buildings in the park are not yet finished, and the development boom in the area continues.

The Park has priceless vistas of 400 years of NYC history. Does it make sense to add a 350 feet tower of glass and steel right in the middle? In the middle of a historic and low rise neighborhood? Right between Governors Island and the Brooklyn Bridge?

And, why put massive housing density in a flood zone (as if Sandy taught us nothing)?

And, finally, does it make sense to put condo towers in a public park? Especially when the park doesn’t need the money?

The list is endless. The proper planning is non-existent.

Bottom Line
The park corporation made a sworn commitment to minimize housing in Brooklyn’s park:
BBPDC has committed to building the minimum development necessary to cover the park’s maintenance and operations needs. Accordingly, the plan analyzed in the FEIS and described in the GPP represents the maximum build-out that would occur as part of the Project. If, once requests for proposals are issued for the development components, it becomes clear that market conditions will allow for less development to support the park’s needs, the development program will be reduced accordingly. (Source: Brooklyn Bridge Park Defense Fund v. New York State Urban Development Corporation, 2006)
Now that the park no longer needs additional money to fund its operations, no more housing should be built. The drastic improvement in park financials presents an opportunity set that did not exist even a few years ago. We can reclaim the private parcels for needed public park space and can create a grand entrance befitting this great park.

This is about a park and the future needs of Downtown Brooklyn. We can now do better!
We are happy to share our analysis, and welcome questions and ideas to make the park better. Email us at savepier6@gmail.com 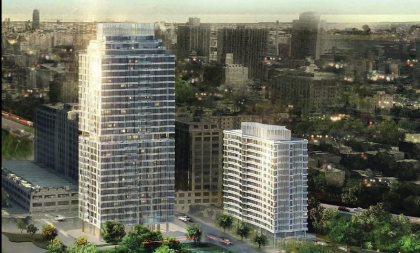 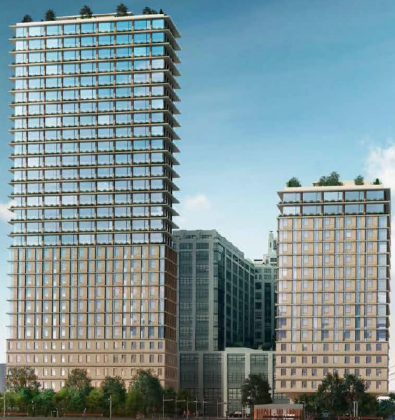 30+ Stories Within the Park 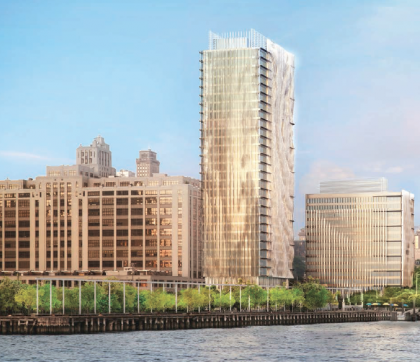 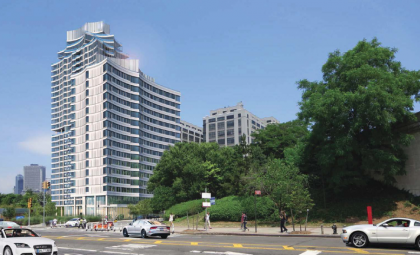 New Waterfront Skyline Within the Park 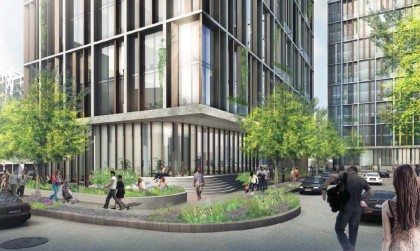