Whole Lotta Filming Going on in Brooklyn Heights: Gotham, The Americans, The Mysteries of Laura

Oy to the vey, folks. Lots of filming going on in Brooklyn Heights – last week’s Power shoot on Halloween got the attention of the New York Post and today we noticed signs for a shoot of Fox’s Gotham on Hicks Street on Thursday (11/6) as well as a shoot on Friday (11/7) of NBC’s The Mysteries of Laura. FX’s The Americans, starring Brooklyn Heights resident Kerri Russell, is scheduled to shoot in the North Heights next week. 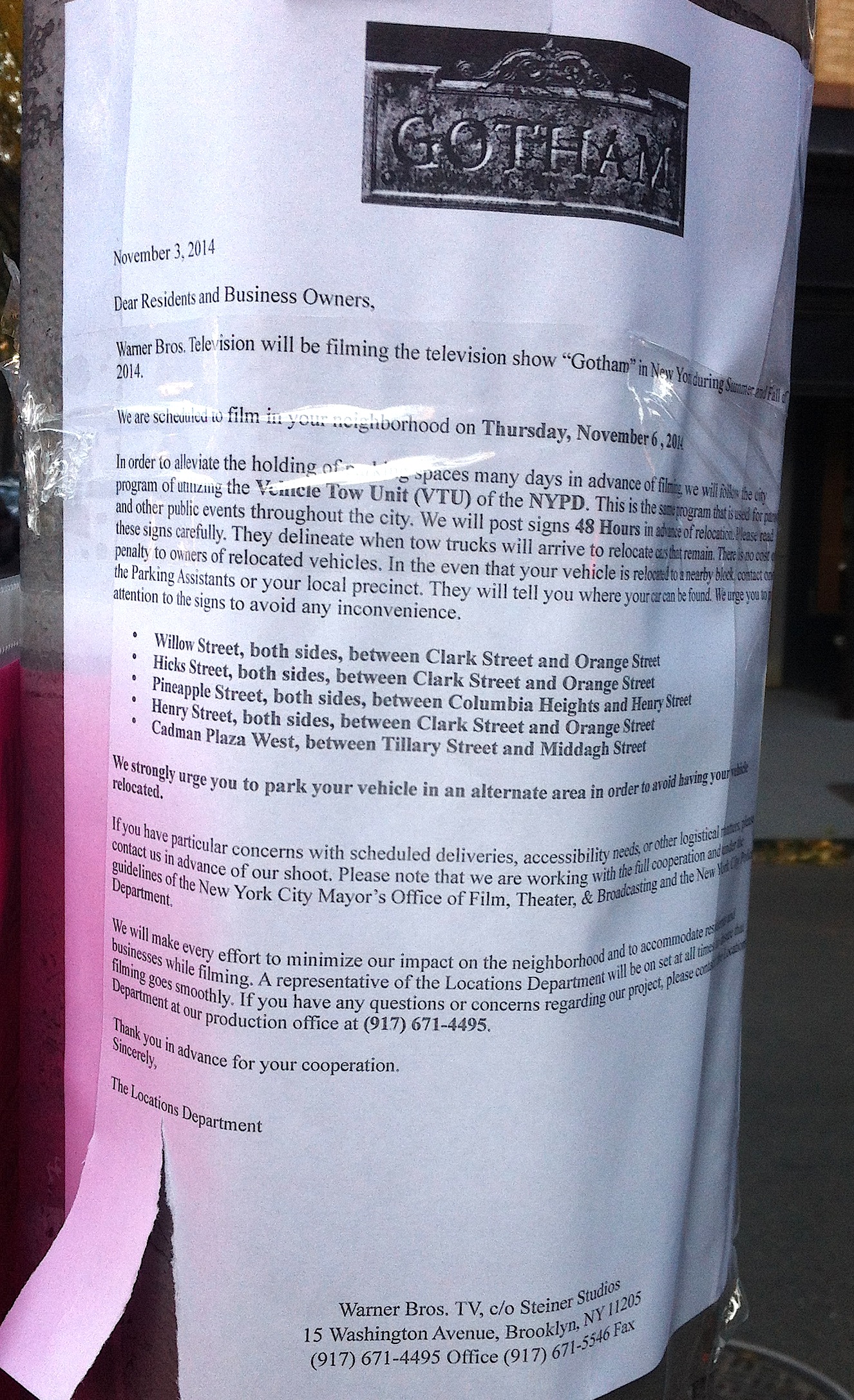 Signs posted for The Mysteries of Laura shoot on Henry on Friday say that cars must be moved by noon on Thursday (11/6).

another shoot on Henry Thursday pic.twitter.com/gWyuWUM4SG