Some Scenes From The 2014 Atlantic Antic

Perfect weather encouraged a large crowd to attend today’s fortieth anniversary Atlantic Antic. Your correspondent enjoyed grilled sardines and Sangria in front of Chez Moi. Encouraged by a friend, he tried a salt codfish (bacalao) fritter prepared by the good people of Yglesia Antioqua, near Court and Atlantic. It was delicious, but aroused a thirst that had to be quenched by a Harvest Ale from Chip Shop’s stand. 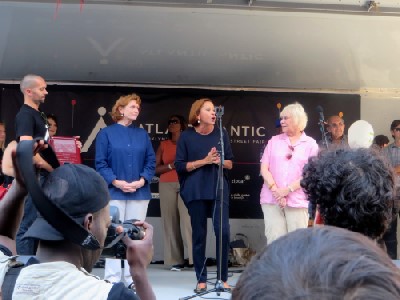 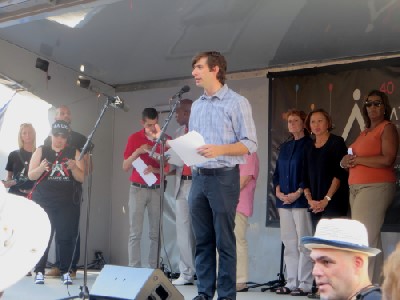 City Council Member Steve Levin praised the merchants of Atlantic Avenue, giving special recognition to those who had been there longest. 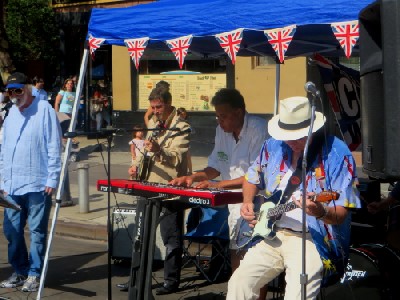 The band in front of the Chip Shop was playing–what else?–covers of classic British Invasion hits.