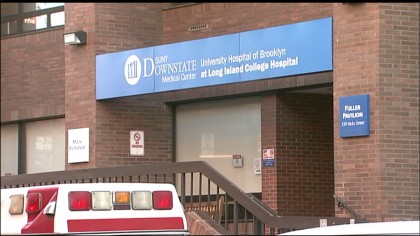 The indomitable Mary Frost of the Brooklyn Eagle reports that the deal with Fortis Property Group to purchase the almost completely closed Long Island College Hospital site is in “tatters” due to the NYU Langone Medical Center announcement yesterday that it has pulled out of the deal to offer emergency services and ambulatory care at the LICH.

The withdrawal appears to leave the Fortis Property Group’s proposal to buy LICH in tatters. While the proposal did not include a hospital, Fortis won the bid to buy the Cobble Hill hospital campus substantially on the strength of the medical offerings proposed by NYU.

As reported by Frost, NYU was unwilling to rehire LICH nurses to staff a proposed walk-in emergency department that was a crucial component of SUNY Downstate’s deal with Fortis.

Peter Sikora, a recent candidate for the 52nd Assembly District seat, is following the developments with LICH, in particular the lawsuit filed by the New York State Nurses Association (NYSNA) to ensure that SUNY Downstate stands by its commitment to LICH nurses:

This is deeply disturbing http://t.co/Qbv298VQZo It's time to dump Fortis and bring back a full service hospital #SAVELICH

Doug Biviano, the third candidate for the 52nd Assembly District, also weighed in on Twitter about the LICH situation: