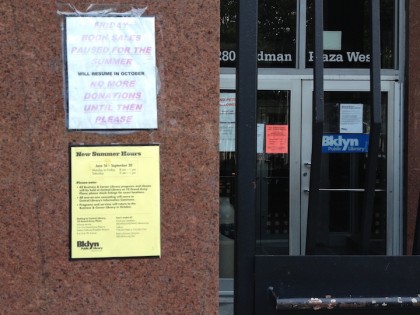 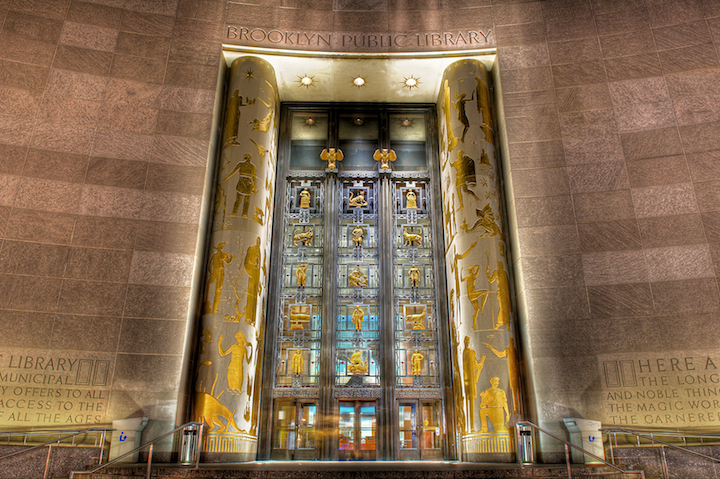 The other two branches on BPL’s urgent care list, significantly smaller, include the Pacific branch, the second oldest of the city’s prized Carnegie libraries, requiring approximately $9,000,000 in fixes to make it ADA-compliant, and, at $10,000,000 plus, the Brooklyn Heights branch.

In addition to soliciting dedicated funds from office-holders’ budgets—the Library’s time-honored approach to capital shortfalls—BPL President Linda E. Johnson has taken a different tack. In 2013, BPL put both the Brooklyn Heights and Pacific branches on the auction block, though Ms. Johnson recently stated that instead of a sale BPL is seeking partnerships with private entities to finance repairs at the Pacific branch.

These proposals are controversial, and some have suggested that BPL capital funding costs have been inflated to help drive public opinion. In 2008, when Ms. Johnson’s predecessor, Dionne Mack-Harvin, sought capital funds for the Library, the total requested was $115,983,000, and repairs for the Central Library amounted to $6,300,000. In BPL’s latest calculations, overall capital needs have almost tripled, and BPL officials have consistently ruled out the possibility of securing further taxpayer dollars to refurbish Brooklyn Heights and Pacific.

[BPL spokesperson Emma Woods contacted BHB with the following clarification: “Overall capital needs have not tripled; in fact, the need today is very similar to what it was in 2008. The $115M figure does not represent the entirety of BPL’s capital need in 2008. Rather, it was a funding request for priority capital projects (similar to the current figure of $82M needed for emergency capital repairs). Similarly, the $6M ask for Central represents one piece of the overall need for the branch in 2008.”]