The Recycling Scavengers of Brooklyn Heights

Last year, we wrote about Mettle, a film about folks who go through garbage cans looking for metal and other recyclables to sell. While its Kickstarter campaign didn’t hit its goal, the issue is still very much alive.

Each week in Brooklyn Heights, right before recycling days, a ragtag crew of mettlers rifle through private garbage cans in search of recyclable cans and bottles. You’ve seen them – folks with pushcarts overflowing with empties of Poland Spring, Coke, Pepsi, etc. Over the weekend, we even spotted an urban prospector in Brooklyn Bridge Park. All this despite the fact that it’s illegal in New York City and violators could face up to $10,000 in fines. 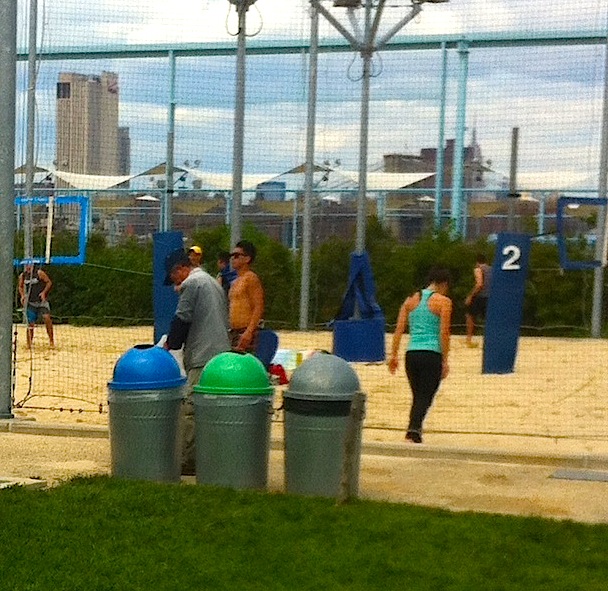 One of the more off-putting byproducts of their weekly quests is the trail of disheveled garbage cans and dumped out trash they leave in their wake.

So, where do you fall on this topic? Are they scavengers who should be thrown in jail or folks who are just trying to get by and that we should just leave alone and accept as part of living in the beautiful mosaic that is New York City? Comment away!