Brooklyn Heights resident/NYC TLC commish David Yassky spoke to NY1 this week about the go ahead for the plan to bring hail cabs to outer boroughs. And the cabs will be painted green(sky). Watch the video here. 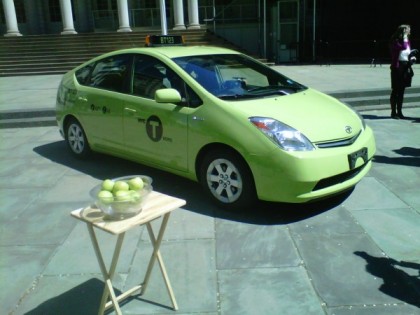 WNYC: In a decision issued Thursday, the state’s Court of Appeals reversed a previous decision by the State Supreme Court which had brought the city’s plans to a screeching halt.

Under the new ruling, the city can now issue up to 18,000 ‘hail licenses’ to livery drivers. In addition, the city will sell 2,000 new medallions for wheelchair-accessible yellow taxicabs. The city has said that auction could generate $1 billion in revenue.

Don’t Shoot the Messenger: Unofficial Girls Tour
At Least One Person In Brooklyn Heights Does Not Want More Condos