Vines twined around a tree trunk near the Remsen Street entrance to the Promenade. These photos are from several walks over the past week. 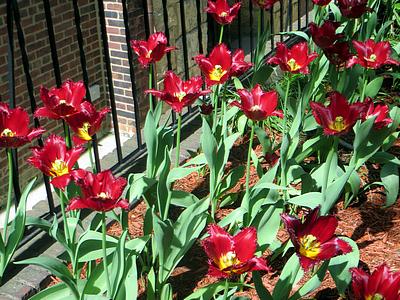 Flowers in a garden along Remsen Street near Clinton. 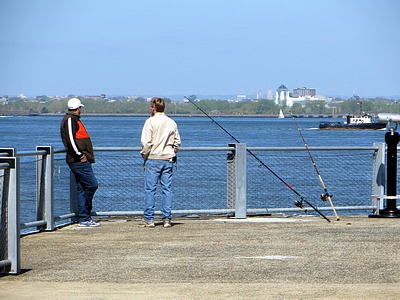 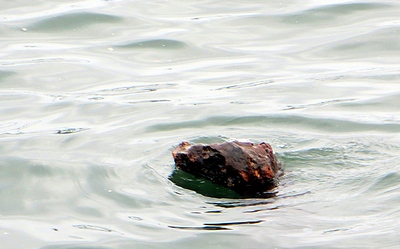 East River Monster? Seen from the south side of Pier 5, this piece of flotsam looked to me like a menacing reptilian head, with triple fangs. 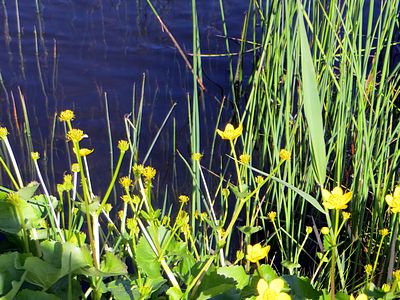 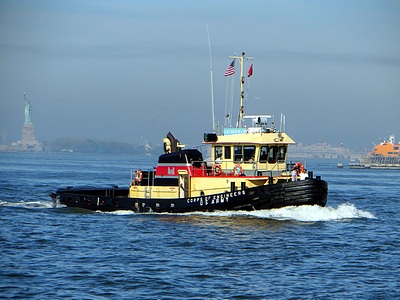 The U.S. Army Corps of Engineers tug Gelberman churning upstream on the East River, as seen from Pier 1. 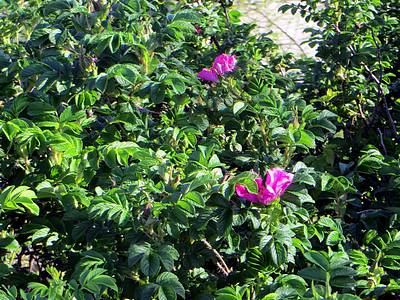 Rosa rugosa are blooming next to the Granite Prospect on Pier 1. 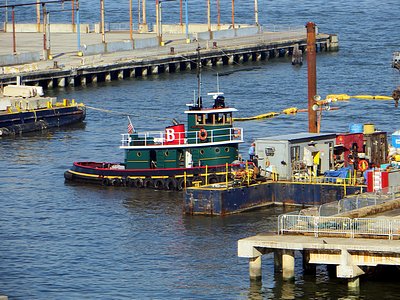 The tug Thomas J. Brown next to Pier 2, as seen from the Brooklyn Heights Promenade. 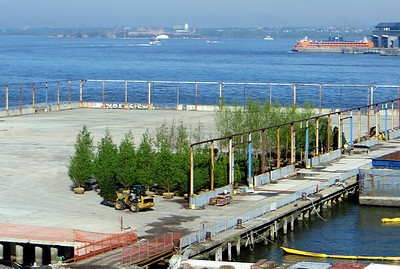 Trees parked on Pier 3 awaiting planting there or, more likely, on the uplands now being prepared for use.