“It’s Lab weather!” David crowed when we ran into him on a crisp or freezing morning. Cecil was invariably at his side, carrying a glove in his mouth. The season brought out the retriever in Cecil, a dog so stoical and contemplative that I once accused him of translating the Coptic gospels in his spare time.
Mike told me of his and his Lab’s terror when it fell through lake ice. As he skidded down the hill to save the dog, Mully began breaking up the ten feet of ice between him and shore, emerging just as Mike arrived. Mully jumped out, shook himself off, took an enormous pee, and ran back onto the ice to break it up some more. It’s now his favorite game. 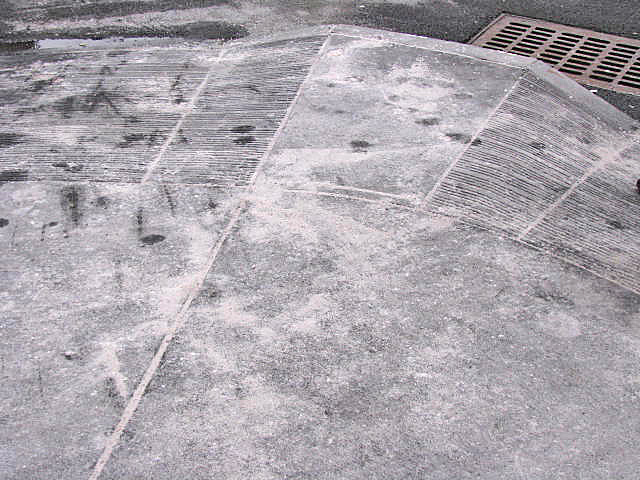 One evening this week, Daisy and I walked Pickering home after a small snowfall. We went through Cadman Plaza and the nearly pristine snow was like cocaine. Pickering went into what is known as the Mad Lab Run, a repetition of great, pointless circles of joy, while Daisy ran, nose-to-the-ground, like a shovel. They rolled, they shook, they tossed the snow in the air, they chased each other: it’s an electrifying moment to share with Labs.

Winter introduces a host of new sensations. November’s favorite sniffing places are no longer Wi-Fi peemail. Now dogs check their messages from the corpses of Christmas trees and the stubborn snow that is the equivalent of indelible ink.

Alas, this is the most dangerous time of the year for dogs and walkers. With patches of frozen pee everywhere, the dogs dart from place to place while their walker prays the dark sidewalk coming up isn’t black ice. And there is nothing more pathetic than a dog that has walked through salt. It sits, lifts its paws and looks up in excruciating pain until its walker can get a handful of pure snow and rub the paws clean. Last night, I saw a molecule of a dog in red and silver moon boots that were so nifty I wanted a pair for myself. A Lab would have none of that. In the years I walked Zach, the only time I saw him fight was when his groomer put booties on him.

Booties are for sissies, but my Labs are sissies when their paws are burning. Humans are sissies in the cold and the dark and the precipitation. These days, the Heights is not only lined with tinsel-trailing Christmas trees but ellipses of dog poop. 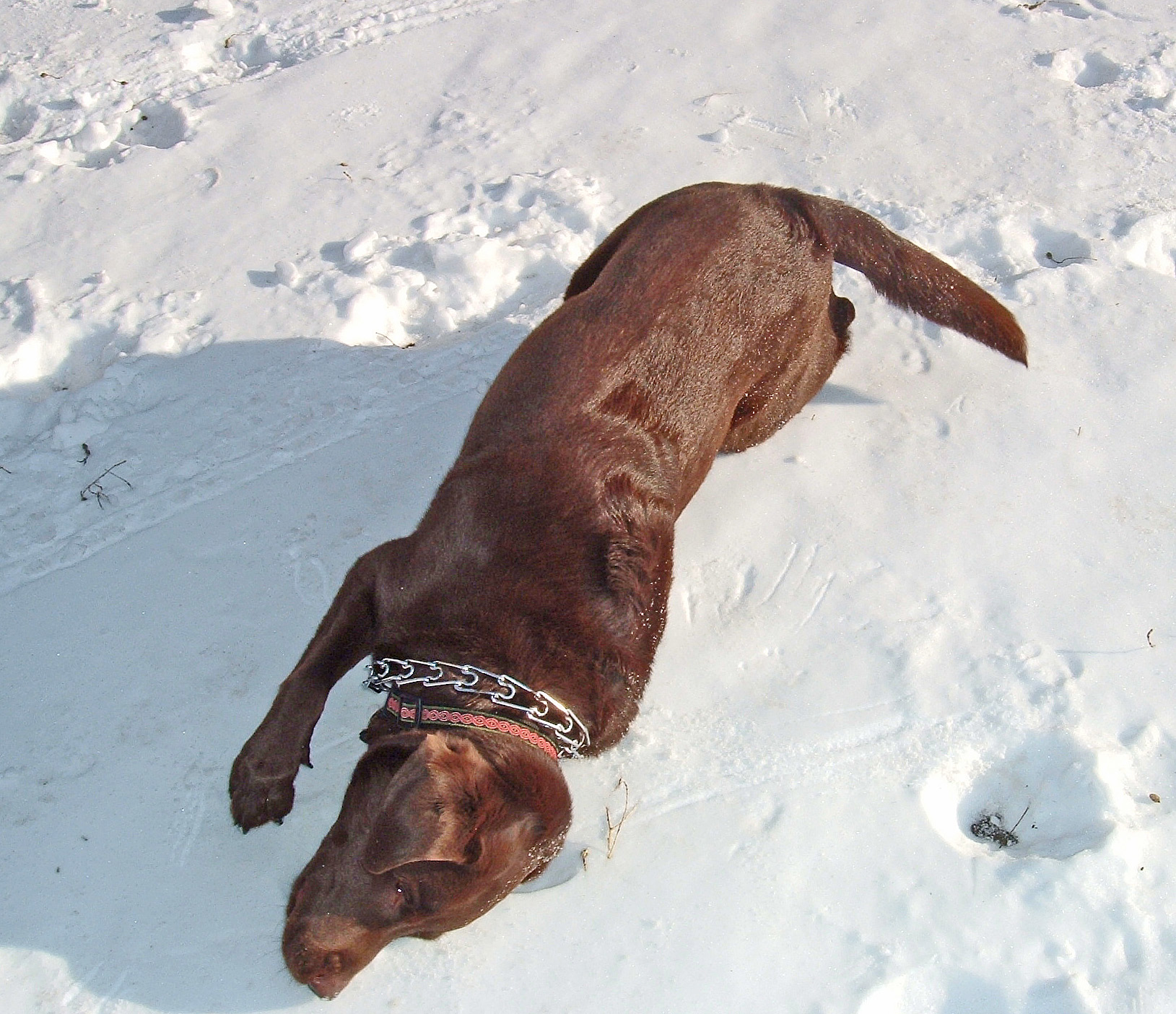 One of Bangor’s winter delights is frozen poop, a not terribly uncommon quirk among dogs. Poopsicles provoke yet more tugs on ice that a lot of pedestrians are simultaneously trying to avoid.

I’m a big woman. I’m tall, overweight, 52 years old, tired and achy. Every time I see a pile of poop I marvel that I can strip off my gloves, stoop while holding three big dogs with one hand and bag poop with the other, and then carry it to a trashcan. Surely those piles on the street aren’t the neglect of fat or old or handicapped people? If I can clean up, why can’t other people?

These bleak days are also the season of compassionate humanitarians out to feed the birds. I seethe at the bread and cereal strewn about that my dogs are exerting their collective 220 pounds to get to. BIRDS CAN FLY. They can dine on the mezzanine or behind a tall fence.

In the spirit of Yes We Can, I’m advocating a bargain. Invest in Safe Paw, Pet Safe, Magic Salt, a bag of sand, a snow shovel, an ice picker or straight-edged hoe. If this is a physical strain for you, remember New York’s unemployment statistics and put the word out. Safe alternatives save money by protecting concrete, cars and shoes. Put the chunks of Wonder Bread up or in. Between the birds’ meal tickets, poopcicles and chemical de-icing pellets (poisonous for dogs), the diarrhea smudges will be fewer because our dogs won’t eat so much of what they’re not supposed to.

In return, dog owners: pick it up! If you can’t – well, keep in mind those unemployment figures and hire a walker.