Other highlights, according to AM New York and ABC News:
* Despite the battering from Superstorm Sandy that shut down the entire subway system for days, subway ridership hit its highest point since 1950. A mild early winter and a slowly improving economy helped to offset Sandy, MTA says, and weekend service matched an all-time high set in 1946.
* The station with the biggest yearly increase in ridership is Aqueduct-North Conduit Avenue in Queens. Thanks to the new casino there, ridership jumped more than 87%.
* The station with the biggest drop in riders was City Hall, down 20%.
* The Atlantic Ave-Barclays Center station had a 7.6% weekday increase, thanks to the opening of the Barclays Center in September 2012. Ridership at the nearby Fulton Street station increased 6.9%. 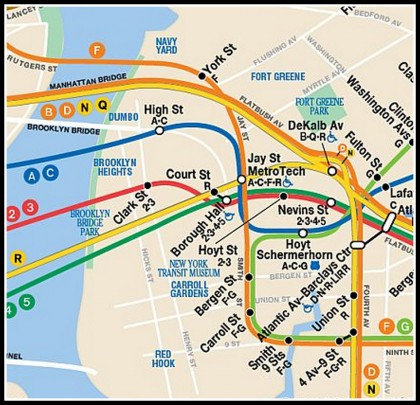