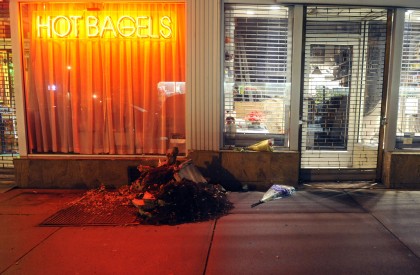 More Info On The Driver Who Ran Down Martha Atwater

The New York Post reports today on “Drivers who hit people on sidewalks not being prosecuted” including the motorist who struck and killed a Brooklyn Heights resident last month. Reckless NYC drivers have killed three people and seriously injured two in just the last 30 days the paper says.

NY Post: In another case, driver John McKinney, an ex-con with a history of drug arrests, walked free after hitting Emmy-winning TV producer Martha Atwater. She was killed Feb. 22 coming out of a Brooklyn bakery.

The absence of criminal charges against any one of those drivers illustrates the need for New York to reform its vehicular-crime laws, according to Steve Vaccaro, a lawyer who specializes in representing pedestrians hit by motor vehicles.

Under the law, when drivers haven’t been drinking, prosecutors must first find “recklessness” when applying the most serious criminal charges.