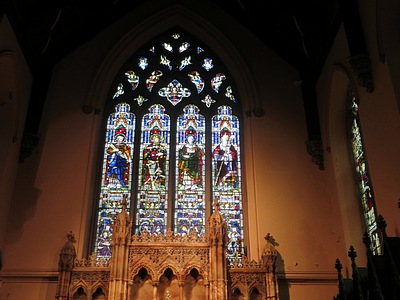 At Grace Church’s Community Open House yesterday, parishioner Bob Whiteford (photo at top) gave a guided tour of the stained glass windows that decorate the nave. The Te Deum (“To God”) window dominates the east end of the nave, behind the chancel, altar, and carved alabaster reredos. The figures on the four panels of the window are, from left to right: St. Peter, King David, St. Stephen the Martyr, and St. Augustine. 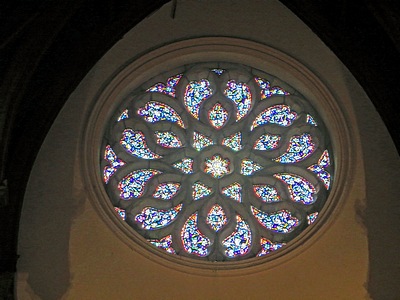 The rose window at the west end of the nave was installed in 1917 as a replacement for an earlier window that was shattered by the Black Tom explosion of 1916. 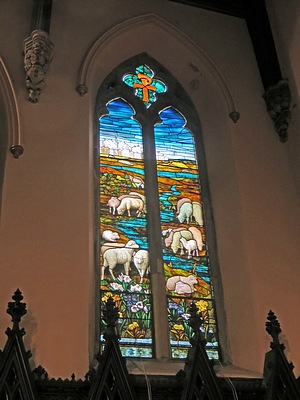 The 23rd Psalm window is on the north wall of the chancel area, to the left of the Te Deum window. 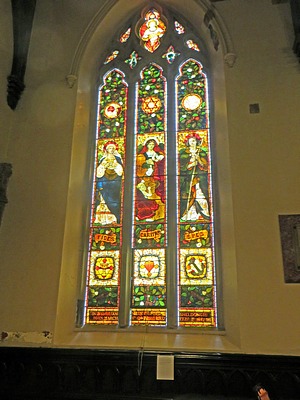 The “Faith, Hope, and Charity” window, at the east end of the south wall, is believed to be the oldest of the windows now in place. 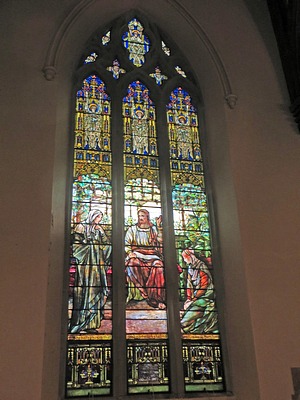 This window, depicting Jesus with Mary and Martha, also on the south wall, is by Tiffany and dates to 1898. 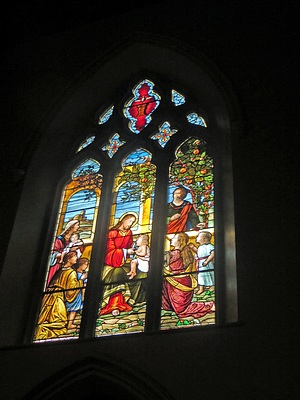 Most of the windows were funded by donations from wealthy parishioners, but this window, at the west end of the south wall, above a doorway, was a gift from the church’s long-serving sexton. 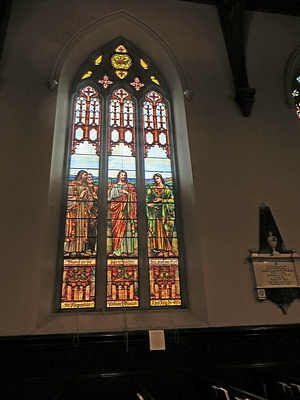 This window, depicting Jesus preaching the Sermon on the Mount, is another by Tiffany. It is part of a series of windows on the north wall that show scenes from the life of Christ.

The Open House was one of the last opportunities to see these windows before the nave of the church is closed for renovation starting next Monday, likely lasting for a year.