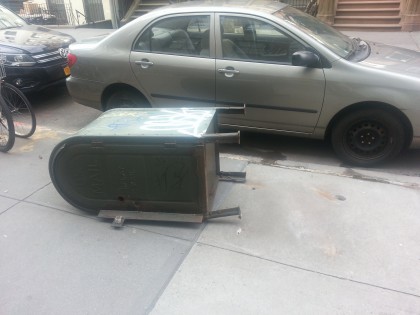 A regular BHB reader sent us this dispatch this morning about some foul play Saturday night on Columbia Heights.

Around midnight last night, I heard some commotion and running on Columbia Hts, but no cries for help so I didn’t go out. Turns out that the damage done was to inanimate objects that could not call for help. When I got up this morning, I discovered that the heavy flower pot that is usually in my courtyard was missing. It was later found in the middle of the sidewalk, several houses away. While I was investigating, the newspaper delivery woman told me that there had been some additional mischief – they had knocked over and MOVED the USPS box that is usually in front of 169 Columbia Hts. Altho I did not see who took part in this mischief, there are several video cameras operating on the block that would be able to see this group in action. The 84th precinct has been notified, not so much for the flower pot but for the federal offense of tampering with USPS property. 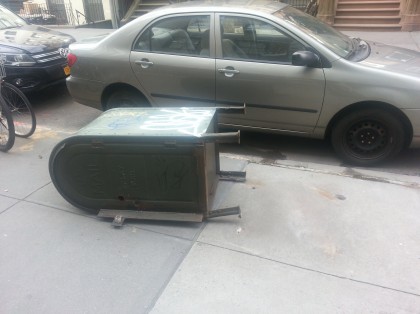 Did anyone else see or hear anything?