Before the snow came down last weekend, builders installed a new plywood roof over the pit at 30 Henry Street. Blog McBrooklyn offers an aerial view of the former Brooklyn Eagle building.

DUMBO-based developer Fortis Manor purchased the homely one-story building at 30 Henry & Middagh in November 2011 for $3.5 million—$500K over its asking price of $3 million. The future five-story condo, named “The Heights,” will offer five full-floor units, asking between $3.39 million for a 2,418sf first-floor unit with 3 bedrooms to $4.95 million for a 2,861sf fifth-floor pad with additional exterior space.

As McBrooklyn reminds us, the new build was deemed “boring” and “a mishmash of contextualism” by the Brooklyn Heights Association. The Eagle moved to offices in DUMBO and at 16 Court Street in Downtown Brooklyn. (Photo: MK Metz) 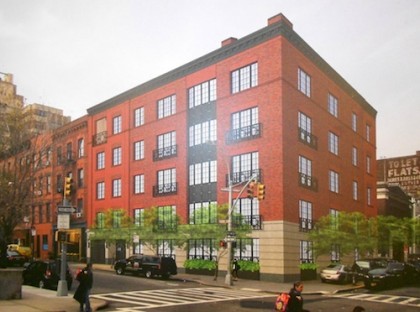 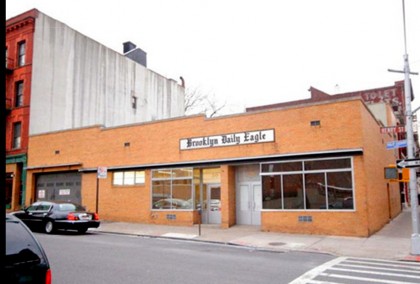 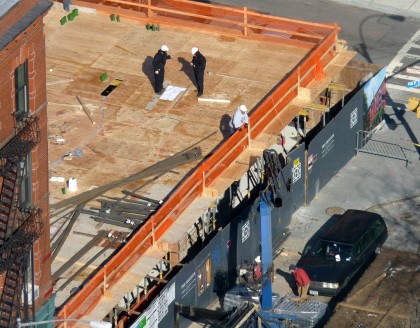